Could virtual-reality voyages be the next major trend in travel?

From digital museum guides to holograms on walking tours, virtual reality tech has long since arrived in the tourism sector. Before your next holiday, will you be taking a VR trip to see if your destination is truly what you want? — dpa

FRANKFURT: From your sofa, climb Mount Everest, visit a museum in New York or dive through a coral reef in the ocean: Virtual experiences have received an enormous boost from the pandemic.

This has not gone unnoticed by the travel and leisure industry. No longer is the technology being used just for their marketing, but also as an event product. Is the hype here to stay? And if so, where is the journey heading?

Two researchers – Armin Brysch, who researchers this topic at Kempten University of Applied Sciences, and Tristan Horx, who studies new trends at the Zukunftsinstitut (future institute) in Frankfurt – share their thoughts about the future of virtual reality travel.

Madrid as a virtual experience

If you look at virtual travel, it quickly becomes clear that the industry is only just trying its hand at it. For example, the Tourism Authority of Madrid, has begun offering a virtual experience to see the Spanish capital even before the actual trip.

A visitor needs to book a 30-minute appointment on the authority’s website, with the tour using a video phone call via zoom. Once connected, a tour guide surfs through the streets of Madrid, stopping at places when the visitor has some questions.

Soon, 360-degree images appear, with the tour guide zooming in, for example the Royal Palace. The service does provide a useful first impression of a city, but it really does not amount to a virtual reality (VR) experience.

So what is the VR experience?

VR travel requires a “computer-generated, virtual, three-dimensional environment that you perceive with VR glasses,” explains Armin Brysch of the Kempten University of Applied Sciences in Germany.

Shielding all outside light by means of the VR glasses – in what is called a “cave,” or a room fully equipped with monitors – is necessary for the viewer to be completely surrounded by the virtual world.

“The deeper the traveller is immersed in the world provided him, the more realistic the artificial experience is,” says Brysch. Experts call this “immersion,” requiring high-resolution images and an exciting narrative.

On a virtual journey through time

Even if some tourism experts still call virtual reality travel a niche development, there is no doubt that something is afoot. With Timeride, for example, you can go on a virtual journey through time and immerse yourself in the life of earlier eras.

In Germany, people can take the Timeride in Cologne, Berlin, Dresden, Munich and Frankfurt. The Berlin Timeride takes the traveller through Berlin of the 1980s, when The Berlin Wall still divided the city.

“Many large art museums also use VR applications,” Brysch notes. He assumes that the offerings are here to stay. “While we now have a desire for social experiences, the technology will hold its own.”

In the Ruhr region’s industrial city of Essen, there is a mixed reality city tour called “Essen 1887.” Here, visitors are guided through the city with GPS and special glasses, with holograms popping up at certain points along the way.

Suddenly, people from the year 1887 are talking to you while horse-drawn carriages are driving through the streets. The difference to virtual reality in this case is that you are on the move in the virtual surroundings and yet also still perceive the real world – something known as augmented reality (AR).

Now, get ready for some travel in the ‘metaverse’

Does all this have a future? According to a recent survey by Bitkom Research, it would appear so. The next big thing is the “metaverse” – the virtual space that expands on today’s internet and in which one moves and interacts as an avatar, a digital model of oneself.

The Bitkom survey found that 21% of respondents aged 16 and over expect to explore foreign places with the help of VR goggles in 2030 instead of travelling there in the traditional way. The proportion is higher among younger people, but even among the over-64 age group, 15% share this view.

Virtual reality travel was boosted by the pandemic, but is it here to stay?

Without a doubt, the pandemic has fuelled virtual travel offers. When travel was not possible when stringent restrictions were in place, many wanted to escape everyday life – even if only digitally – and go to exotic places. At the very least, the pandemic era has increased trust in digital products, says Armin Brysch. People have learned to manage their everyday lives well with digital solutions.

Tristan Horx takes a more critical view. The young trend researcher at Germany’s Zukunftsinstitut believes that VR offerings which existed during the pandemic era are no longer being used to the same extent. “That was due to hype and a lack of alternatives,” he says about VR-aided travel. But he adds that though people live in a digital world, people themselves are analogous.

Therefore, you can’t “move everything into the digital,” Horx says. Especially those things which are already perfect in reality. “A visit to a museum is not just the visual consumption of works of art, but an overall experience,” Horx argues. This is something that might get a bit lost in the digital world.

Nevertheless, Horx does not completely dismiss virtual reality in the tourism sector. “It will remain where it makes sense,” he says, and cites travel advice one example. “By looking at four places with VR glasses and then deciding on one, that can work,” Horx said about choosing a destination. His remark should please the tourism experts in Madrid.

The question remains whether virtual travel will replace real travel.

Armin Brysch is sure it won’t: “Just because we can look at the destination in 3D, we won’t give up going there.” For some target groups, however, there could be trade-offs, he says. For example, those people who cannot travel everywhere due to physical limitations. Or for people for whom travel is too expensive, stressful, dangerous or harmful to the climate. “VR can create a substitute experience,” Brysch says. – dpa

Subscribe now to our Premium Plan for an ad-free and unlimited reading experience!
VR Technology Wearables 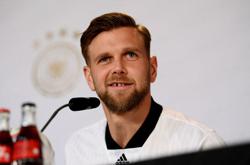 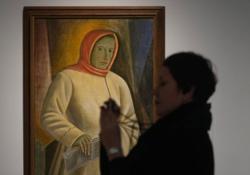