The accounts were used to launder at least S$370,000 from various scams involving at least eight victims. — Photo by Gilles Lambert on Unsplash

SINGAPORE: Three men were charged in a district court on Friday (Sept 2) after they allegedly sold their bank account details to scammers in unrelated cases.

The accounts were used to launder at least S$370,000 (RM1.18mil) from various scams involving at least eight victims.

ALSO READ: Three men in S’pore to be charged for selling bank account details to scammers

Hakim, the sole Singaporean, is accused of two counts of engaging in a conspiracy with an unknown person to cheat Standard Chartered Bank and UOB.

He was also handed two charges under the Computer Misuse Act.

Hakim is said to have committed the offences in January.

In a statement on Thursday, the police said he allegedly made a deal with an unknown person over messaging platform Telegram to open bank accounts and hand over their control in exchange for cash.

The police added: “(He) allegedly cheated banks into opening two bank accounts, and subsequently handed over the Internet-banking login username, password and one-time-password (OTP) of both bank accounts to the unknown person.”

Hakim's case has been adjourned to Sept 21.

Tan, a Malaysian, was handed a charge under the Computer Misuse Act on Friday.

Police said in November last year, he allegedly responded to a Facebook post, offering him “fast cash” if he agreed to “rent out” his bank account.

He was contacted by an unknown person who offered him RM1,600 (S$498) a month. Tan allegedly provided the Internet-banking login username, password and OTP of his bank account.

He is expected to plead guilty on Oct 10.

Zhang is accused of one count of helping another person control the benefits of criminal conduct between November and December last year.

The police said: “He contacted an unknown person who offered him S$900 (RM2,875) in return for his bank account and prepaid SIM card.”

Subsequently, he allegedly provided to the unknown person an ATM card with the personal identification number, information linked to his bank account, and prepaid SIM card.

The court heard that Zhang intends to plead guilty on Oct 13.

For each charge, those convicted of assisting another person to control benefits of criminal conduct can be jailed for up to 10 years and fined up to S$500,000 (RM1.59mil).

Those convicted of cheating can be jailed for up to three years and fined for each charge. – The Straits Times (Singapore)/Asia News Network 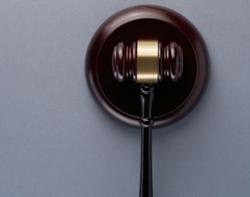