If a person is struggling with their nasal passages or proper breathing during sleep, experts recommend they contact their doctor for medical advice, not tape their mouths shut while snoozing. — AFP Relaxnews

Will taping your mouth shut help you sleep better? Some TikTok users swear by it, and the growing trend is scaring doctors.

“This is one of the most dangerous trends I’ve heard of in some time, and I’m quite concerned that it is being advocated as a ‘health’ trend,” general practitioner David Culpepper told Fox News.

The hashtag #mouthtaping has over 24 million views on TikTok, with some videos getting millions of views alone.

Many mouth-tapers online say that the practice helps them stay asleep, prevent sinus issues, get better rest and other benefits.

ALSO READ: What kinds of video content does TikTok remove the most?

Doctors online, like Kathryn Boling, call it a “terrible idea”.

Boling, who works with Mercy Medical Center in Baltimore, warned people on Twitter that taping their mouths shut could cause serious harm and sleepers could choke on their own vomit if they wake up and need to throw up.

ALSO READ: The Milk Crate Challenge is so dumb and dangerous that even TikTok is banning it

“If your nasal cavity becomes obstructed during the night because of a cold or allergies,” Culpepper told Fox News. “You could suffocate from not getting enough air....I would urge anyone considering mouth-taping to reconsider – and if you are experimenting with this dangerous trend, you should stop.”

If a person is struggling with their nasal passages or proper breathing during sleep, experts recommend they contact their doctor for medical advice.

“Mouth taping is much more likely to worsen nocturnal breathing during sleep than have a positive impact,” physician Shiv Sudhakar told Fox News. “If you are having problems with dry mouth or mouth breathing, I would recommend a visit to a sleep specialist or ENT and figuring out how best to treat it.” – The Charlotte Observer/Tribune News Service

Garmin’s edge in the wearables fight with Apple? Fighter jets 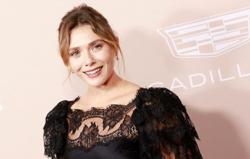