While Chabot’s decision to keep betting was his own, he says watching the Twitch streamers festively gambling on the site ‘gave me a reason to go on Stake, like I was a part of what they were doing’, he told Bloomberg in an interview. — AFP

Three years ago, Chabot began regularly watching Felix “xQc” Lengyel, a former professional Overwatch player, as he competed in various video games on Amazon.com Inc’s livestreaming site Twitch for audiences of up to 25,000 viewers. In 2021, during some of his streams, Lengyel started playing something else – online blackjack.

Chabot, who lives in Quebec and does accounting for a hospital, was intrigued. “I thought it was pretty entertaining,” he said.

At one point, Chabot saw Lengyel post a promotional code for a site called Stake.com – which bills itself as a “leading online crypto casino”. On Stake, and sites like it, users can exchange money for cryptocurrencies, which they can then use to wager on various games of chance, including slots, blackjack and roulette. Chabot redeemed the offer and dove into the slots scene on Stake. At first, he enjoyed making bets repeatedly for the equivalent of US$1 (RM4). Then things went downhill.

While Chabot’s decision to keep betting was his own, he says watching the Twitch streamers festively gambling on the site “gave me a reason to go on Stake, like I was a part of what they were doing”, he told Bloomberg in an interview.

He’s not the only one to go all in. These days, “slots” is the seventh most popular content category on Twitch, ahead of the video game Fortnite. Many streamers are paid handsomely to take part in the activity. One popular streamer said he makes “much more” than US$1mil (RM4.45mil) a month as part of his sponsorship with Stake to crypto gamble in front of live audiences on Twitch. In May, Lengyel said the promotion code he shared on Twitch brought US$119mil (RM530.08mil) to Stake.

Stake, which says it operates under a gaming license in Curacao, is one of the top companies pouring sponsorship riches into the Twitch community. The location Stake gives as its registered address in Curacao appears to be a run-down shack on Google Earth. The company says most of its staff is based in Europe.

Crypto gambling illegal in the US, although it is permitted in other countries, according to Frank DiGiacomo, an attorney who leads the gaming law group at Duane Morris LLP in Philadelphia. Canada has been welcoming to crypto operators, potentially contributing to why some streamers moved there.

It is still possible to place bets on Stake from the US using a virtual private network, which disguises the location of the user, and crypto currency, however.

A Stake spokesperson says it has implemented “stringent compliance processes” that prevent people using VPNs from depositing funds in countries where it is not allowed. Stake adds that it “uses a number of measures to address at risk gambling behaviour”, including free gambling-blocking software for its users. “Stake takes its regulatory obligations extremely seriously and complies with all applicable laws.”

Gambling may not be a feature on Twitch forever. A Twitch spokesperson says the company is “currently in the midst of a deep-dive look into gambling behaviour on Twitch”. Since Lengyel and others included links last year, the company has since decided not to allow sharing links or referral codes for gambling companies, which the spokesperson says was done “to address scams and other harms associated with questionable gaming sites”.

“We take any potential harm to our community extremely seriously,” the spokesperson says. “While gambling content represents a very small fraction of the content streamed on Twitch, we monitor it closely to ensure our approach mitigates potential harm to our global community.” Resources for anyone suffering from a gambling addiction are available in Twitch’s Safety Center, the company says.

After taking a year long break, Lengyel, a Canadian who is among the most popular Twitch celebrities with 11 million followers, is now once again gambling routinely on his Twitch streams. In late July, some 70,000 viewers watched him click a digital slot machine button over and over again. Part of the fun of watching is that the stakes tend to be absurdly high. During one recent stream, Lengyel lost US$164,000 (RM730,538) in crypto within just 139 seconds. Lengyel did not respond to Bloomberg’s request for comment.

ALSO READ: Who are the most popular streamers on Twitch around the world?

It’s not just gamers getting in on the action. In May, the rapper Drake, who is also Canadian, entered into a partnership with Stake to gamble live on Twitch under the username StakeDrake. Starting with a US$9mil (RM40.09mil) balance, Drake placed single roulette bets for between US$300,000 (RM1.33mil) to US$1mil (RM4.45mil) while 56,000 viewers looked on. The terms of Drake’s partnership with Stake were not made public. Spokespeople for the rapper did not respond to a request for comment.

All the celebrity endorsements and the sponsored streams appear to be working as intended, driving Twitch users to the crypto casinos. Vaibhav Kumar, a 25-year-old native of India, began crypto gambling in 2020 after seeing the girlfriend of his favourite League Of Legends streamer making some bets live on Twitch. Now, he logs onto Stake four to five times a week, betting from US$20 (RM89) to US$200 (RM890).

For a while, Kumar primarily watched streamers who were sponsored by Stake until, he says, it dawned on him that their losses were being counterbalanced by lucrative promotional deals. By contrast, his own losses were offset by nothing.

“Once the initial excitement of seeing someone play with such huge sums wore off, it was mostly off-putting and made me sick watching it,” he said. “It also gave viewers a false sense of winning and losing.”

ALSO READ: Are ‘loot boxes’ in video games a form of gambling?

For some young gamers, the on-ramp to the crypto casinos can be traced back several years to another form of betting that flourished among video game fans on Twitch and other sites – that is, gambling with virtual goods from the popular shooter game Counter-Strike: Global Offensive. As part of this vibrant, billion-dollar market, celebrity gamers were launching websites where users could play roulette by wagering digital weapons from the video game, some of which were worth hundreds or thousands of dollars. Kids under 18 had no problem getting in on the action.

Jakub, who asked not to share his last name for fear of career repercussions, says that when he was 13 he went on one of the sites and won a US$200 (RM890) knife. He was too young to withdraw the money and promptly gambled it away.

Eventually, the site he was using morphed into a crypto casino. When he was 16, Jakub saw a Twitch streamer promoting Stake and moved his online gambling habit there. Now, the resident of the Czech Republic says he logs onto Stake almost every day, gambling in series of US$50 (RM222) buy-ins. If he wins big, he buys computer parts or shoes. Mostly, he says, he loses to the tune of US$1,000 (RM4,454) to US$1,500 (RM6,681) a month.

Although crypto-gambling has been a heavy presence on Twitch for over a year, it’s now attracting more viewers – and more controversy – than ever.

Matthew “Mizkif” Rinaudo, another top Twitch personality, who became known through his entertaining World Of Warcraft livestreams, says he has been offered US$19mil (RM84.63mil) per year to gamble live on Twitch in front of his enormous audience. Although Rinaudo has gambled on Twitch in the past, he now believes that it is morally questionable to do so. Last year, Rinaudo saw one of his fans, who was 14 at the time, gambling on a site that he’d promoted.

Some top video-game streamers – including Lengyel, who has described himself as “addicted” – have shifted their gambling habit to the hours of the day when they are not performing in front of an audience. In May, he admitted that he had lost US$1.8mil (RM8.01mil) the prior month gambling.

“I go out of the way to tell you not to do it,” he said during one livestream. “I do it because I can afford it, and I enjoy it, and I think it’s content.”

Another top streamer, Tyler “Trainwrecks” Niknam, said in January he’d lost US$12.9mil (RM57.46mil) gambling, according to Dexerto, a video game news site. Niknam did not respond to a request for comment.

For years, offshore gambling has been a thorn in the side of US regulators. In June, 28 members of Congress wrote a sternly worded letter to the Department of Justice asking for it to take action against offshore sports betting sites operating without approval in the US. Alex Costello, vice president of government relations for the American Gaming Association, a trade group for casinos, says lawmakers are focused on regulating and shuttering the largest illegal betting sites and crypto gambling doesn’t yet rank at the top of the list. Offshore casinos typically have sophisticated methods for obfuscating ownership, and that goes doubly for the crypto space, which lawmakers are still struggling to understand, she said.

Costello added that it’s troubling such “sites are using celebrities and platforms that are geared toward younger people”, to attract customers. About 75% of Twitch users are between the ages of 16 and 34.

About 6% and 9% of young people struggle with gambling compared to 1% of adults, according to the National Center for Responsible Gaming. In recent months, more than 2,300 people have signed a Change.org petition asking Twitch advertisers including Nvidia Corp and PepsiCo Inc to reconsider advertising on the platform in light of the gambling streams. The companies did not respond to requests for comment.

Streamers like Rinaudo believe it’s Twitch’s responsibility to stop providing a platform for promoting offshore crypto gambling sites. As long as Twitch allows it, he says, streamers are likely to keep accepting enormous sums of money to promoting sites like Stake. 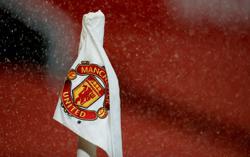