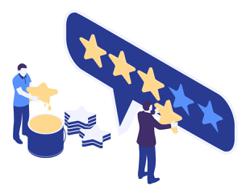 FILE PHOTO: A Facebook logo is displayed on a smartphone in this illustration taken January 6, 2020. REUTERS/Dado Ruvic

WASHINGTON (Reuters) - Meta's Facebook has asked a U.S. court for eight documents created by the U.S. Federal Trade Commission as part of their review of the company's purchases of Instagram and WhatsApp, which the agency allowed to go forward.

The request was made late on Tuesday and comes in a lawsuit filed by the FTC that has asked the court to order both of those deals undone. Facebook bought Instagram for $1 billion in 2012 and WhatsApp for $19 billion in 2014.

The FTC sued Meta's Facebook in 2020, during the Trump administration, alleging that the company acted illegally to maintain its social network monopoly.

Facebook is fighting the lawsuit, and wants the materials as part of that fight.

"Both the Instagram and the WhatsApp documents are almost certain to reveal that the FTC determined that each acquisition was unlikely to lessen competition or harm consumers," Facebook said in its filing.

The company argued that the FTC had given the documents to the House Judiciary Committee when it probed the tech giants, also including Amazon, Alphabet's Google and Apple. Current FTC Chair Lina Khan was on the staff of that committee.

"Any claim of privilege was waived when the FTC chose to voluntarily share the documents with House Judiciary Committee members and staff," Facebook said in its filing.

The FTC did not immediately respond to a request for comment on the filing. 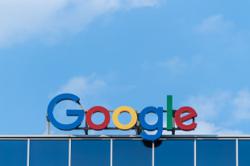