American communities try to balance the benefits of new technology with the threats of a surveillance state. China has a first-mover advantage abroad, particularly in developing nations, installing equipment based on Chinese standards. — SCMP

Christian Hammack stands outside city hall and surveys his kingdom – cars at rest. The Redwood City parking manager has spent years helping transform this California city of 84,000 people near San Francisco into a model of smart city technology.

“We don’t want to be recording or streaming data ... like Big Brother,” said Hammack, citing privacy concerns and smart city applications in China and other authoritarian societies. “We want people to be comfortable with any system we implement. While we want to manage parking – it’s for the public, for their benefit.” 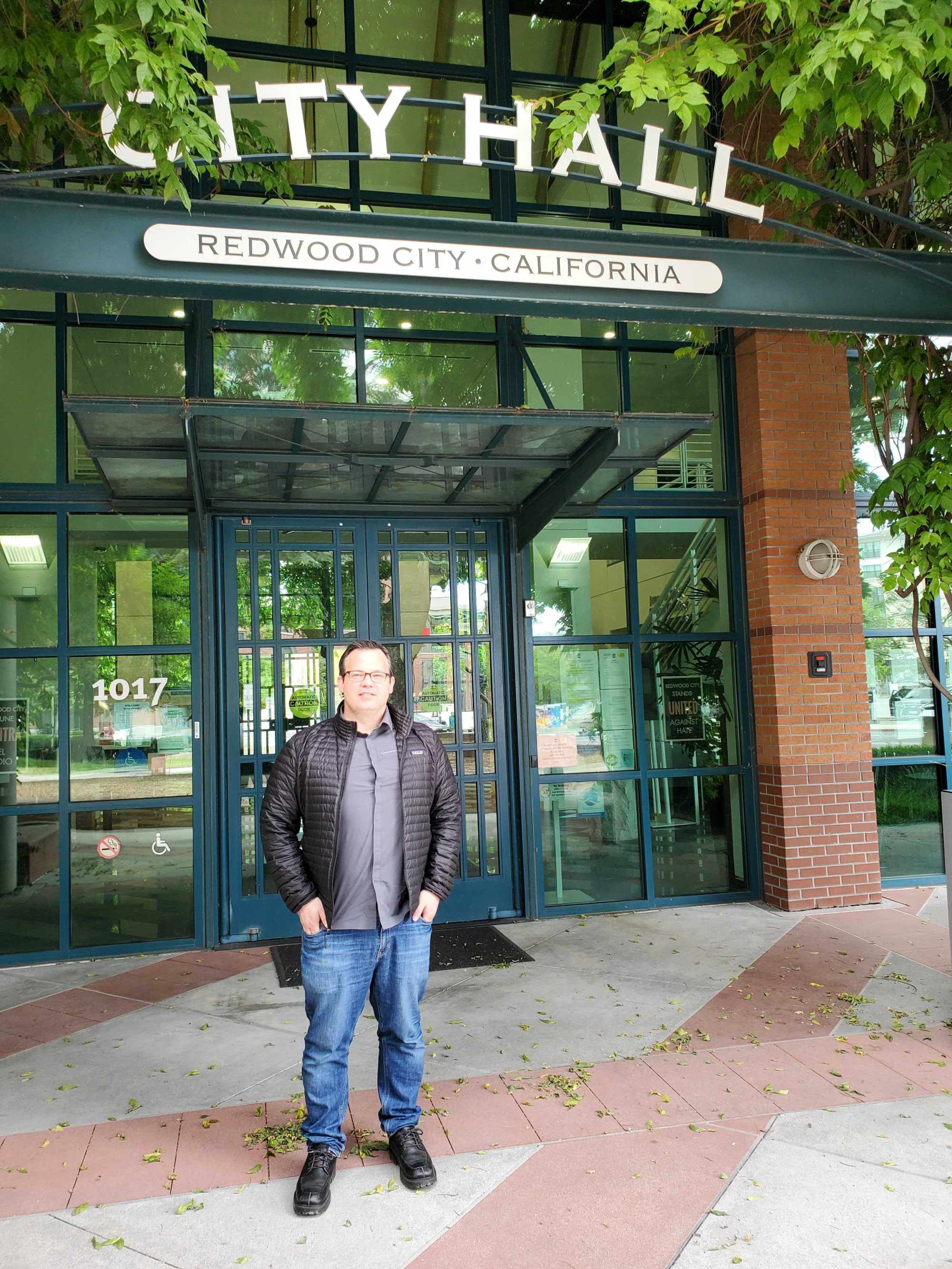 Even as Beijing faces growing international criticism for powerful tracking technologies driving its social credit system, mobile applications and suppression in Xinjiang, the United States is grappling with its own issues in the struggle to balance smart city and surveillance state.

As sensor, artificial intelligence, drones and voiceprint technologies advance rapidly, they promise to reduce crime, the cost of living and global warming – even as technical advances race ahead of law and privacy safeguards.

Redwood City’s new parking system has finessed this by dumbing down technology. Hammack points to optical sensors at its Jefferson and Marshall Street garages and on lamp posts angled and programmed to avoid “seeing” licence plates, faces or pedestrians, their images anonymised before reaching a centralised database. 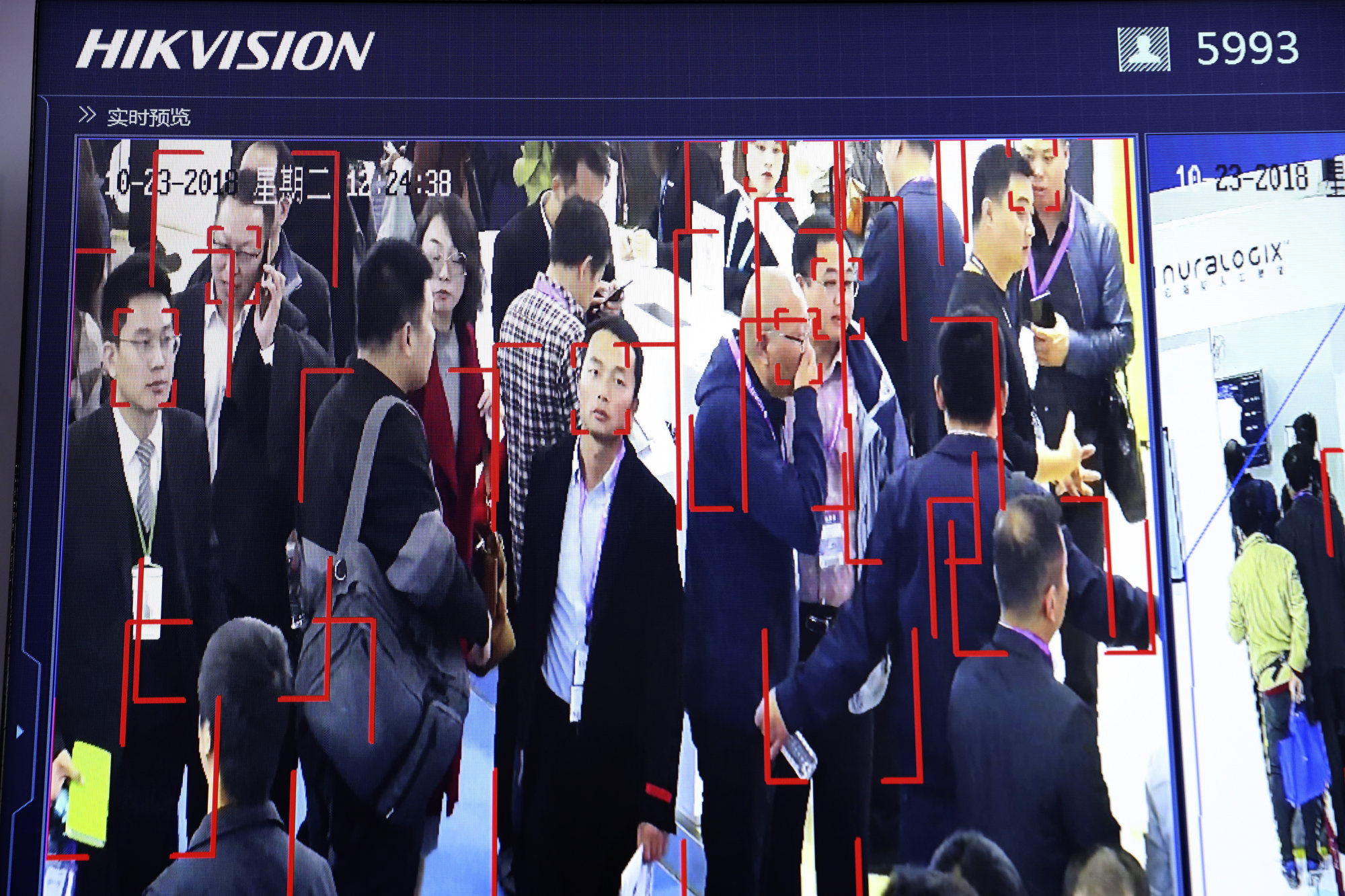 Redwood City’s police department, a few blocks from City Hall, seeks a middle course. An early adopter of red-light cameras and licence plate readers, it has seen the crime-fighting benefits when cellphone, camera and arrest record data are correlated, even as it has backed off some uses when residents protested.

“I’m a cop, but I’m also a citizen,” said Captain Ashley Osborne, adding that Redwood City’s tools paled beside FBI, CIA and National Security Agency capabilities. “It’s a great investigative tool, it really is. But I understand why people have some concerns.

The struggle that communities face navigating the line between convenient and Orwellian also plays out geopolitically as Beijing and Washington face off over technical standards, democracy and autocracy.

By some counts, China has half the world’s smart cities; in January, the consultancy Juniper Research ranked Shanghai the world’s smartest city, followed by Seoul, Barcelona and Beijing. New York was fifth.

China is following a well-used playbook involving what could be a US$2.7 trillion (RM11.88 trillion) global smart city market by 2027. By leveraging the country’s massive market, Beijing is offering inexpensive turnkey packages abroad built on proprietary Huawei, ZTE and Hikvision standards supported by its digital Silk Road strategy.

This has seen China grab first-mover advantage, particularly in developing nations, installing equipment based on Chinese standards often not interchangeable with less intrusive Western alternatives. An estimated 70% of 4G telecoms systems across Africa are Chinese, for instance.

“Due to a lack of transparency and a willingness to work with unsavory governments, China’s global network ambitions are seeding techno-authoritarian norms and practices,” the Centre for Security and International Studies said in a June report. The West needs to better safeguard national security and democratic norms, it added.

Have you used EFF’s Atlas of Surveillance to look up what surveillance tech police in your area are using? What did you find? https://t.co/5fqd6x3DCk

China has been able to move quickly in part because, for better or worse, the ruling Communist Party imposed standards and strategies that were quickly settled on. While heavily weighted toward state control over individual rights, these allowed Chinese companies to proceed with engineering products and society to adapt to new practices.

Democracies, in contrast, are slouching towards consensus amid lawsuits, abuses and shifting public opinion on crime and police overreach.

Ideally, these systems should be designed with privacy concerns in mind, some said, rather than trying to address these concerns after products are in widespread use.

“It all comes down to whom you trust,” said Deborah Acosta, co-host of the Smart City Diaries podcast, who recalls being lectured by a farmer in China a few years ago on democracy’s inefficiency. “The difference between us and China is, I hope we try to get it right.”

While Chinese citizens have voiced privacy concerns, and China enacted its first Personal Information Protection Law in November, resistance to intrusive government monitoring is far more muted than in the West.

China has a social credit system that employs massive databases to monitor, evaluate and sanction individual and corporate behaviour. “Keeping trust is glorious and breaking trust is disgraceful,” the government said in a 2014 paper.

Beijing has been criticised for allegedly using Covid-19 and other mobile applications to stem dissent and strengthen political control, charges it disputes. Critics also point to data leaks and government tender documents as evidence of Beijing’s sophisticated use of cellphone data, sensors, face recognition, DNA and other smart city technologies to contain the Uygur population.

A US law that took effect on June 21 bans many imports from Xinjiang over alleged forced labour abuses. Beijing defends its approach as necessary to prevent terrorism.

While Westerners view growing government surveillance with suspicion, they often underestimate private-sector vulnerabilities from data brokers and database companies that can be hacked or accessed by law enforcement.

“Our version of a social credit system is not run by the government or the Communist Party but big technology companies,” said Gordon Feller, co-founder of Meeting of the Minds, a civic group focused on urban technology. “Google has major investments in smart cities.”

Consumers, meanwhile, are increasingly aware of the exposure from cellphones, “free” apps and other beloved devices. “We were afraid of Big Brother but we’ve become the little brothers,” said Justin Bean, a sustainability executive with Hitachi’s environmental business division. “We all have video cameras in our pockets.”

A 2017 House oversight committee hearing found that the FBI, which has the largest US facial recognition database, failed to accurately match people’s identities nearly one in six times. And a May report by the US Intelligence Community found that the agency may have accessed records on three million “US persons” without a warrant.

“You can’t just trust the good guys will use it for good purposes,” said Irina Raicu, a director at Santa Clara University’s applied ethics programme, adding that Chinese and Russian overreach should inform American thinking. “This stuff is very difficult to take down.”

A few states and cities have outlawed police use of facial recognition technologies, although many are embracing it, often without much transparency. Marketing material from social media monitoring firm Geofeedia boasted that Baltimore police used its system to efficiently identify and arrest protesters after the 2015 death of an African-American man in police custody.

“We must place meaningful checks on government use of face recognition now before we reach a point of no return,” the Electronic Frontier Foundation said, echoing the National League of Cities, American Civil Liberties Union and other groups. “If the government gets its way, all of this data could be obtained without a warrant and without notice or warning.”

Other vulnerabilities involve potential hacking or data abuse. A 2013 inspector general’s report found that National Security Agency employees tapped surveillance records to spy on romantic partners, while the 2015 theft of US personnel records linked to China resulted in the exposure of more than 22 million Americans’ sensitive records.

Rights groups are also viewing warily the transfer of over US$7.5bil (RM33bil) in surplus military-grade equipment to local law enforcement agencies, including drones, mobile command centres and sound cannons. Some of California’s 500 police departments have bridled over a new state law requiring them to outline expected use of these war-zone tools and give residents the power to nix acquisitions.

The law essentially gives criminals our playbook, local California sheriff David Robinson said at a public meeting in April. “It’s pretty frustrating that now we have to advertise to them.”

In some cases, however, technology is being used to address privacy concerns, as seen with Redwood City’s “dumbed down” parking system. Hitachi’s Bean displays a screen showing blobs moving through an airport tracked by laser pulses. “There’s not enough resolution to pull out individual faces,” Bean said, even as the data helps manage crowds, identify untended luggage and provide other efficiency benefits.

Back on the tree-lined streets of Redwood City, whose history dates back to mid-19th century Gold Rush days, Hammack outlines next steps for the new parking system.

“We didn’t want Redwood City to look like Las Vegas,” Hammack said. “But we still want to get the information out.”

The Silicon Valley city chose CleverCiti’s US$900,000 (RM3.96mil) parking system in large part because of the data privacy it offered. David Parker, the Munich-based company’s chief executive, said Germany’s Nazi past had made these concerns particularly significant.

“After the horrendous atrocities that occurred, citizens are very careful about any sort of centralised system tracking people’s data,” he said. “Privacy is much, much stronger than what you come across in the US.”

“There’s a lot of effort to make sure the Chinese technologies are not embedded in US infrastructure,” Parker said. “The mass surveillance society is having some impact on giving a wake-up call to the rest of us around the Western world.” 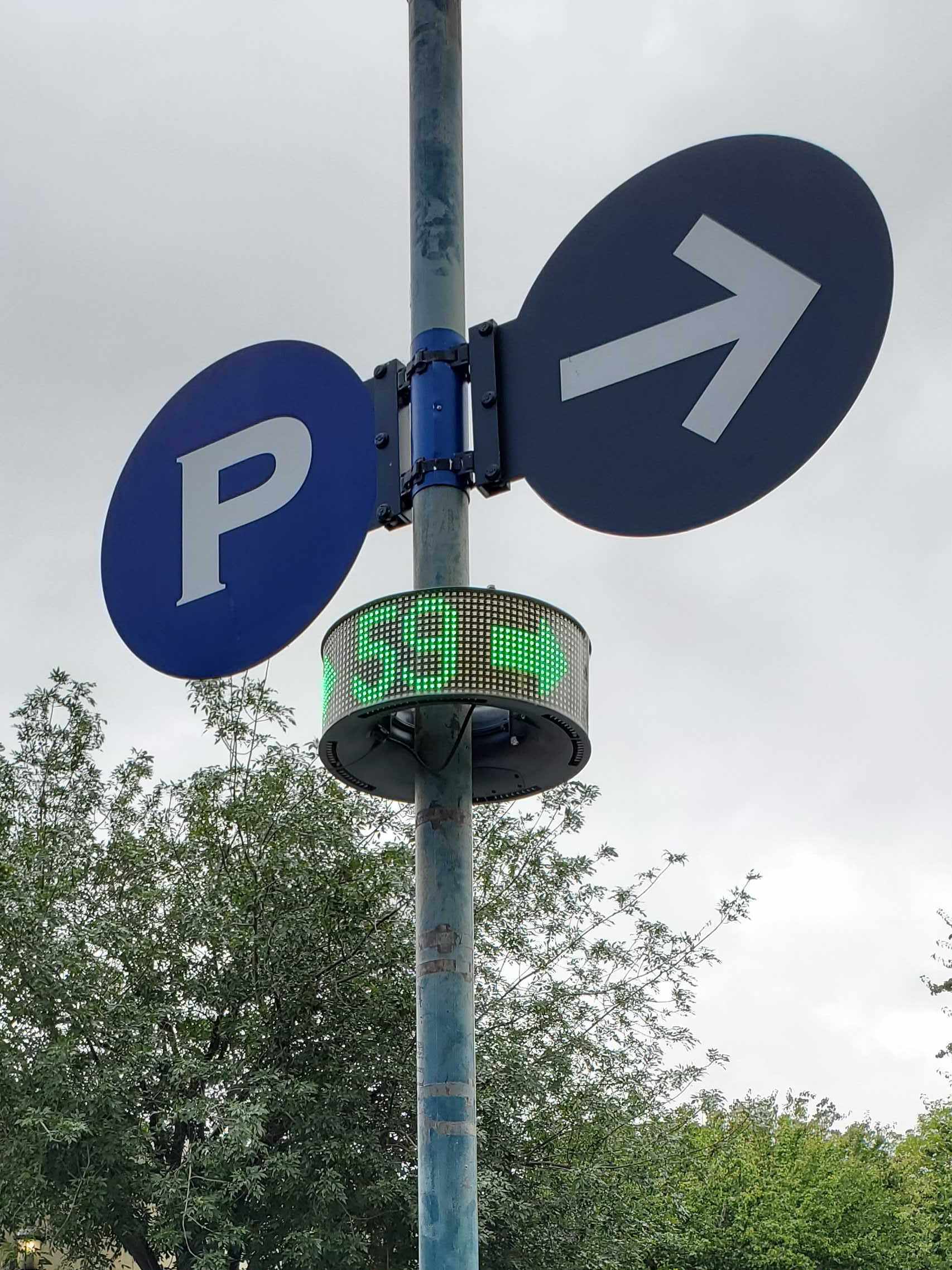 Over a decade ago, Redwood City installed red-light cameras that generated citations without a police stop. But the police department removed them a few years later after budgetary concerns and residents’ complaints.

The city subsequently acquired automated licence plate readers, including one hidden in a mobile speed limit sign. The city’s 13 detectives were big fans, posting them in high-crime neighbourhoods or quickly checking every vehicle near a homicide, generating data that could be correlated with crime reports, biometric and cellphone records.

The readers were also removed amid privacy concerns and outrage nationwide over several police killings of African-Americans. But in recent months, as the US economy struggles and crime rates rise, voters increasingly want more security, prompting the department to consider bringing these and other advanced surveillance tools back.

“I was surprised how fast it swung,” said Osborne, the police officer. “We’ve come a long way in the last 10 years, but it’s a little frightening where this can go.” – South China Morning Post