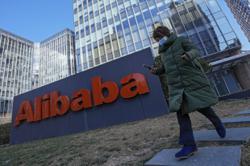 An abortion-rights protester at a candlelight vigil for reproductive freedom and abortion rights outside the Supreme Court in Washington, on June 26, 2022. Discussion of abortion can be contentious in any environment, but conversations about such matters take on added resonance in the technology industry, where many staffers have grown accustomed to open and sometimes free-wheeling conversations in internal communications channels, such as Slack. — AP

At Amazon.com Inc, employees clashed on company message boards, debating the meaning of passages from the Old Testament, according to exchanges reviewed by Bloomberg. One person accused colleagues of harassment. Amazon senior vice-president Beth Galetti sent a memo acknowledging “strong emotions” felt by some of its 1.6 million employees and saying “we work to be respectful of everyone’s perspectives while also taking care of and supporting our employees’ personal medical needs”.

Inside Apple Inc, the issue turned divisive as well. Some employees took to internal Slack channels on June 24 to celebrate the decision, while others bemoaned it. Posts reflected differing religious beliefs. The company’s brief statement on the matter – pointing to a decade-old policy of allowing employees to travel out of their home state for medical care – didn’t take a stance on the court’s ruling. Like other companies, Apple has offices in locations like Texas that are expected to take a particularly strong stance on enforcing the Supreme Court’s opinion.

Discussion of abortion can be contentious in any environment, but conversations about such matters take on added resonance in the technology industry, where many staffers have grown accustomed to open and sometimes free-wheeling conversations in internal communications channels, such as Slack.

Some tech companies that discourage debate have ended up demoralising staffers. More than a dozen employees of Basecamp quit last year after of the developer of productivity software banned political discussion at work. Coinbase Inc rattled workers in 2020 after it clamped down on political activism and conversation just months after the murder of George Floyd prompted a nationwide reckoning over race and police brutality.

At Facebook parent Meta Platforms Inc, managers were reminded on Friday that the company does not allow discussion of important social and political issues in large internal forums, according to a person with knowledge of the matter. Employees are discouraged from discussing those topics at work, or asked to do so in smaller groups.

The policy even applies to Meta’s senior leaders. Chief operating officer Sheryl Sandberg published a public post Friday calling the Supreme Court’s decision a “huge setback”, but that post would not be allowed to be shared on Meta’s internal channels, according to a person familiar with the matter.

According to the New York Times, managers pointed to a May 12 memo, issued after the leak of a draft of the Supreme Court’s decision on Roe v. Wade. “Discussing abortion openly at work has a heightened risk of creating a hostile work environment,” according to the memo, cited by the newspaper. As a result, Meta had taken “the position that we would not allow open discussion”. The policy has led to internal “frustration and anger”, the Times reported, citing people with knowledge of the situation it didn’t identify.

Meta had previously tightened rules around internal conversations in 2020 in the wake of Floyd’s death. – Bloomberg