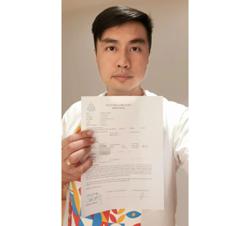 SINGAPORE: A Singaporean man has been fined US$845,000 (RM3.69mil) for providing illegal short-term rentals on Airbnb and other platforms, authorities said on May 31, a record penalty for the offence in the city-state.

Housing is a sensitive issue in space-starved Singapore, where most live in apartments, and it is illegal to rent out accommodation for less than three consecutive months.

Simon Chan, 57, reportedly leased 14 apartments and sublet them for short-term accommodation to local and foreign guests.

The former property agent advertised the apartments on Airbnb, HomeAway and other platforms, local media reported.

A court Monday fined him S$1.16mil (US$845,000 or RM3.69mil) – the highest ever penalty handed out for short-term rentals – and he will be jailed if he fails to pay, officials confirmed.

The Urban Redevelopment Authority, which oversees city planning in Singapore, warned that such unauthorised short-term rentals with frequent turnover of guests “changes the residential character of a property”.

The body said it “will continue to take strong enforcement actions against short-term accommodation offenders... in order to safeguard the interest of the community”.

Airbnb has become a popular and often cheaper alternative to hotels for many travellers.

But the company has faced mounting criticism that it worsens housing shortages and squeezes the long-term rental sector, with cities including New York, Miami and Berlin cracking down on the service. – AFP