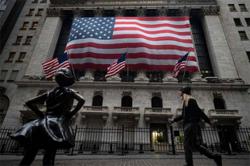 Remember that volatility is the name of the game. — Dreamstime/TNS

If there’s one word that describes bitcoin and cryptocurrency, it’s volatile. Crypto prices soar and then seem to crash almost as quickly, while rumours, sentiment and fundamental developments are quickly factored into the market. Even seemingly reliable stablecoin TerraUSD has plunged as concerns quickly developed about its solvency, and the Treasury Department is citing the risks that cryptocurrencies could cause to the broader economy, calling for heavier regulation of them.