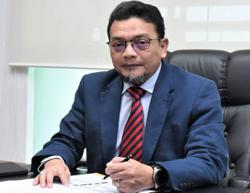 Shopee responded to Aizad via Twitter on March 17 stating that the listings has been removed and requested for similar items to be reported to them by providing the listing URL for further action. — Photo by Gilles Lambert on Unsplash

Update: A Shopee representative claimed that the company takes a zero-tolerance approach to the sale of prohibited items on its platform.

“Once we are made aware of any listings that are in breach of the laws or our policies, we take immediate action against such listings in order to protect the Shopee community,” the spokesperson said in a statement.

The company said it had conducted a thorough investigation and removed listings that advertised personal data for sale, adding that it has developed a database of blacklisted keywords which it updates regularly to stay ahead of emerging trends.

Appropriate action will also be taken against the sellers, it claimed.

The company encouraged users to report similar incidents by tapping on “Report this product”, found under the menu of every product listing. Additionally, users may email help@support.shopee.com.my or call 03-2777 9222.

One Twitter user who goes by Hafiz Azman posted a screenshot of a listing by a seller on Shopee offering 11 million numbers for RM50.

Another user Aizad Fahmy, who dabbles in IT sales, was able to get screenshots of various listings with one offering one million phone numbers for RM18, which had been sold 30 times. Another offered the phone numbers of 3,000 ‘online shopping addicts’ for RM15 which is limited to 100 customers.

“I came across one of the listings through another user on Twitter. I checked out the seller’s page and immediately contacted Shopee to ask them to take it down,” he said when contacted by LifestyleTech.

Aizad also urged other users on Twitter to report the listings to the ecommerce platform, adding that the products are a form of privacy violation.

Shopee responded to Aizad via Twitter on March 17 stating that the listing has been removed and requested for similar items to be reported to them by providing the listing URL for further action.

“I was relieved to hear them take down the listings but now I’m worried about the other unreported listings out there,” he said.

The ecommerce company however appears not to have removed the seller’s page as it was still available as of press time, based on checks by LifestyleTech today (March 18).

One seller claimed to have more than 1.5 million phone numbers in their database, which was priced at RM49. In the product description, the seller said customers will receive the data in Excel format and the product is targeted towards those working as property agents and insurance sellers.

Another seller is offering a dataset with one million numbers for RM10, claiming that the phone numbers belong to active users. The product is targeted towards those in sales.

LifestyleTech has reached out to Shopee for comments.

Have you gotten a wrong-number text with a woman’s selfie? Don’t respond, experts in US say 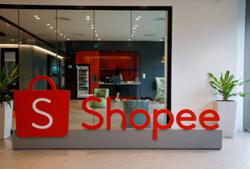 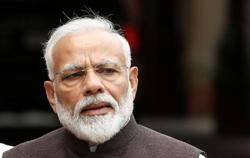