Uganda tests drones to speed up delivery of HIV medicine

Joan Akullo, Project coordinator for Medical Drones Project, loads bottles of ARVs on a drone for delivery to patients from Bufumira sub-county, to Kusu Village in Kalangala district, Uganda. — Reuters

KALANGALA, Uganda: Uganda is delivering HIV medicine by drone in an archipelago in Lake Victoria, a pilot programme aiming to improve the transport of medical supplies for the country's health system, which faces chronic shortages.

The trial is funded by pharmaceutical company Johnson & Johnson, and run by the government-run Infectious Diseases Institute. It delivers HIV drugs from a hospital to patients in rural hamlets in Kalangala, an 84-island-archipelago.

Other African countries like Ghana and Rwanda are already using drones to improve healthcare delivery.

If the trial is successful it may be adopted on a larger scale to help to improve delivery of drugs and medical supplies for Uganda's public healthcare system, which faces under-staffing and shortages of basic medicines such as vaccines and other drugs as well as medical supplies.

Kalangala’s soaring HIV rate, estimated at about 27% of the population on the islands, is partly because of nomadic fisherman who move from one island to another.

Deliveries of HIV medicines to the islands by boat are often disrupted by storms.

“We have been facing a challenge of wind storms... the medical teams would not make it over here and some people would end up not getting their much-needed medical supplies,” Innocent Tushemerirwe, a village health team leader, told Reuters.

Rosalind Parkes-Ratanshi, director of the Academy for Health Innovation at the institute and head of the research project, said: “The boats are very expensive and they are also very dangerous, there are lots of drownings in Kalangala.”

“We thought that this may be a cost effective and a safe way of delivering antiretroviral medicine to people living on the islands with HIV.”

The drones also speed up delivery times so it is easier to find windows of calm weather.

The DJI M300 drones were customised for the programme with detachable white cargo boxes, operation software and a piloting app by WeRobotics, a Swiss-headquartered organisation that uses robotics, data and artificial intelligence to solve problems in more than 30 developing countries.

The trial programme, which for now is delivering only antiretrovirals, will last until June, when it will be assessed. Parkes-Ratanshi said the team is also considering whether the drones could fly around samples for HIV, tuberculosis or Covid-19 testing. – Reuters 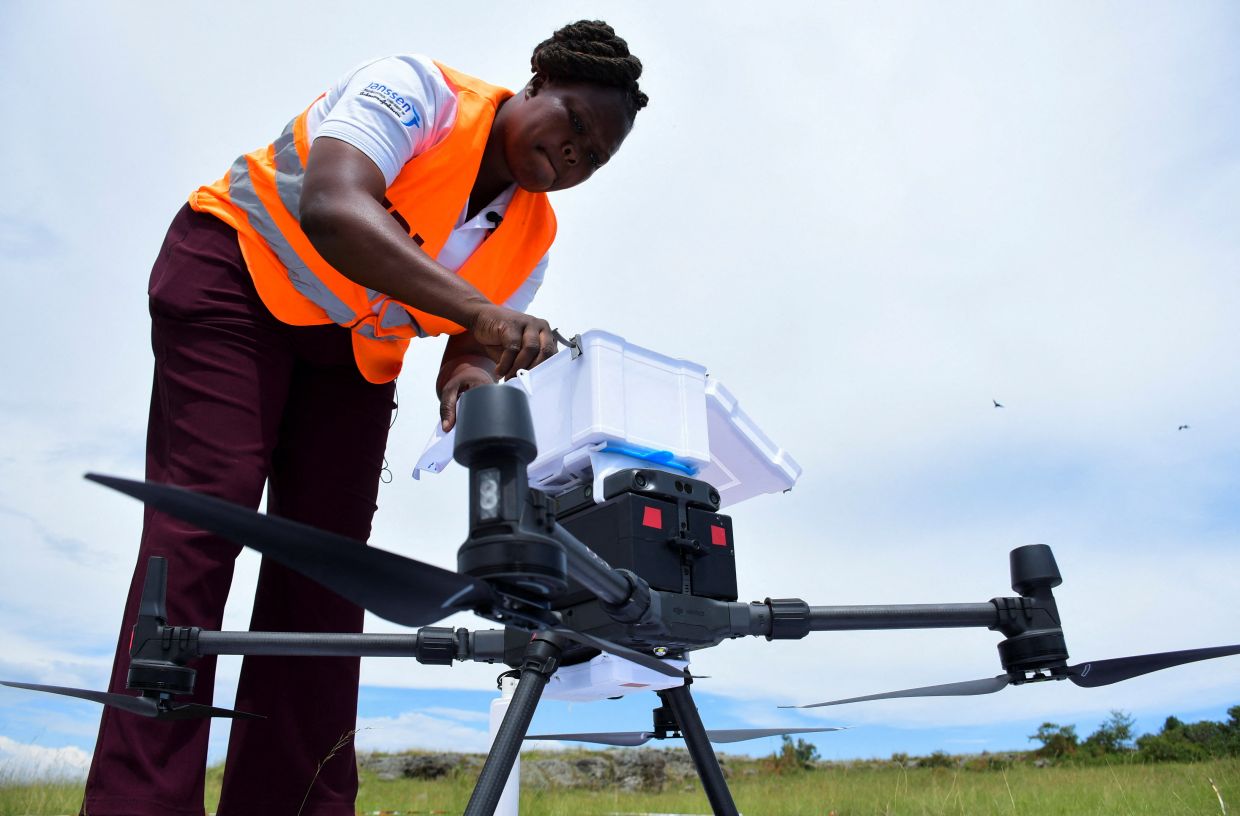 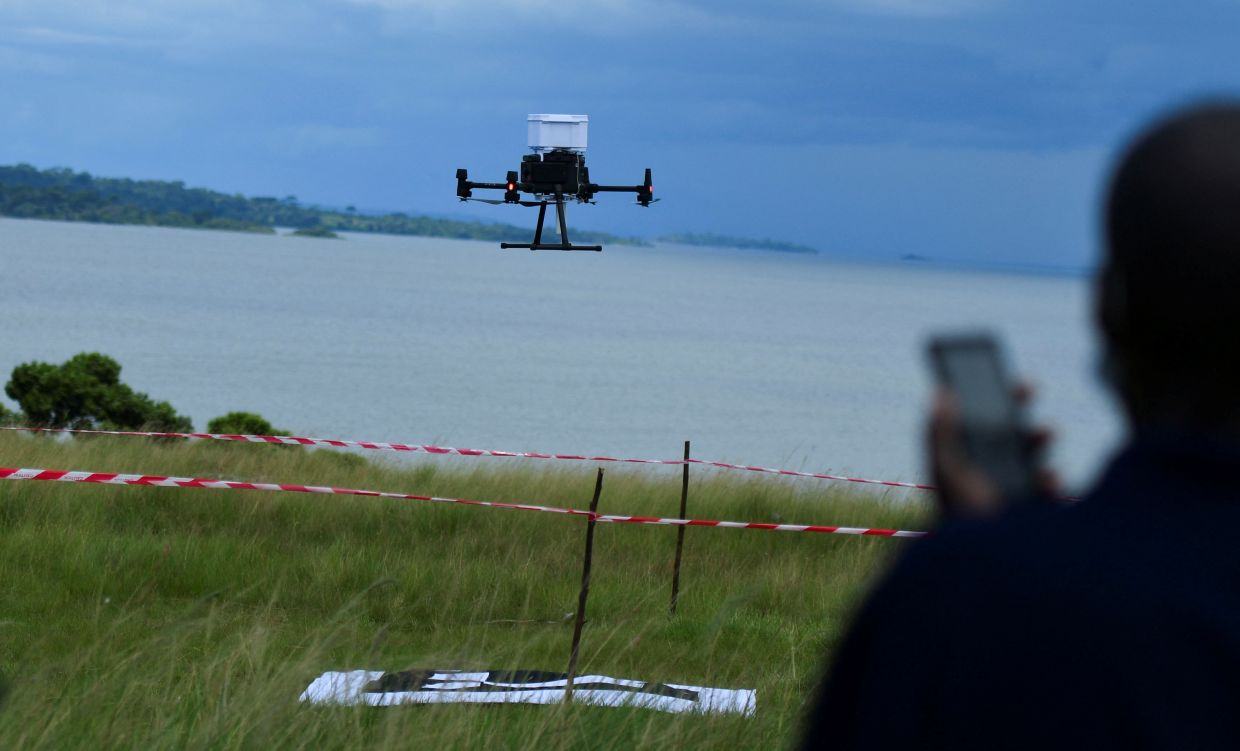 Joan Akullo, Project coordinator for Medical Drones Project, loads bottles of ARVs on a drone for delivery to patients from Bufumira sub-county, to Kusu Village in Kalangala district, Uganda. — Reuters

A boy looks at a drone mounted with a container to ferry medicine after it landed before being picked up and delivered by the Village Health Team (VHT) to the clinic at the Kusu village, in Kalangala district, Uganda. — Reuters

A Uganda Flying Labs drone pilot checks the drone status before the takeoff from Bufumira to Kusu village in Kalangala district, Uganda. — Reuters

Innocent Tushemerirwe 52, a member of the Village Health Team (VHT), monitors a drone mounted with a medicine box which lands at the Kusu village, in Kalangala district, Uganda. — Reuters

To learn about climate quality, scientists turn to drones