Google to give additional staff bonus this year (Reuters) - Alphabet Inc's Google said on Wednesday it will give an additional bonus to its employees globally this year, as the tech giant pushes back its return-to-office plan.

Google will give all employees, including the company's extended workforce and interns, a one-time cash bonus of $1,600 or equivalent value in their country this month, a company spokesperson told Reuters.

The latest benefit is in addition to Google's work-from-home allowance and wellbeing bonus, to support its employees during the coronavirus pandemic, the spokesperson said, without giving details on how much the company has set aside in total for the purpose.

Earlier in March, Google's internal survey showed a drop in its employee wellbeing over the past year, after which the company announced a series of benefits, including a $500 wellbeing cash bonus.

Last week, Google delayed its return-to-office plan indefinitely amid Omicron variant fears and some resistance from its employees to company-mandated vaccinations. It earlier expected staff to return to office from Jan. 10.

(This story corrects to say bonus will be distributed in December 2021 and not next year in headline, first and second paragraphs).

(Reporting by Maria Ponnezhath in Bengaluru; Editing by Shailesh Kuber) 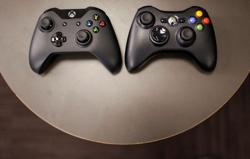