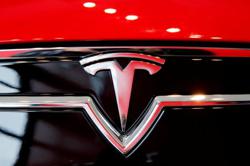 FILE PHOTO: A logo of the electric-vehicle maker Tesla is seen near a shopping complex in Beijing, China January 5, 2021. REUTERS/Tingshu Wang

WASHINGTON (Reuters) - The National Highway Traffic Safety Administration said Wednesday it is discussing a Tesla software update that allows users to play video games on a touch screen mounted in front of the dashboard.

The New York Times reported Tuesday Tesla added the games in an over-the-air software update sent to most vehicles this summer. "Distraction-affected crashes are a concern, particularly in vehicles equipped with an array of convenience technologies such as entertainment screens. We are aware of driver concerns and are discussing the feature with the manufacturer," NHTSA said Wednesday in an emailed statement. 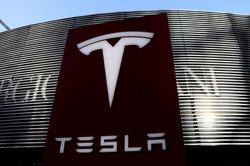 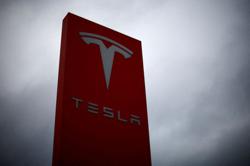