These type of elder abuse scams often involve calls from someone claiming to be an attorney representing a family member who needs money for bail or legal fees. — Dreamstime/TNS

Information obtained by ride service Uber was used to identify suspects in a scam case involving an elderly man in Morgan County, Alabama.

The Morgan County Sheriff’s Department reported an elderly man had been called by someone posing as his grandson claiming to have been arrested after a vehicle accident. Another man claiming to be an attorney got on the phone and asked for a total of US$74,000 (RM307,063), saying a courier would arrive to pick up the packages.

The victim was contacted again on Oct 5 and the “attorney” asked for US$50,000 (RM207,475) in cash. The Morgan County Sheriff’s Criminal Investigations Division was alerted and set up in the area to intercept the courier who was stopped in the driveway. The courier was identified as an Uber driver who had been sent to collect the package.

The driver was cooperative and provided information used in a search warrant on Uber Technologies. That information was used to identify a suspect and deputies learned a similar scam had occurred in Madison County.

How to avoid being scammed

Sheriff Ron Puckett said this type of scam to target the elderly has been reported nationwide.

“The perpetrators prey on the loving nature of our elderly residents as they try to assist a relative in need. We consider it an honour to serve our senior citizens and are grateful for the contribution they have made to their families and our community. I am thankful for the work of our Criminal Investigations Division in working to bring about an arrest and recovery of funds. Hopefully this will help heal the financial and emotional devastation that comes with this type of crime,” Puckett said.

These type of elder abuse scams often involve calls from someone claiming to be an attorney representing a family member who needs money for bail or legal fees. They often will tell the targets there is a legal gag order in place and they shouldn’t contact anyone else about the incident, requesting a large amount of money and sending someone to pick it up.

Oftentimes, they will reach out a second time, claiming the gag order was violated and your family member needs additional funds. These scammers often call using prepaid phones and use couriers or rideshare services to coordinate the pick-up.

Anyone who believes they may have been targeted by similar scams are advised to contact law enforcement. – al.com/Tribune News Service 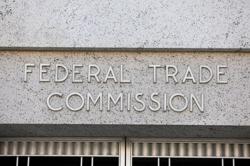