By Maya Gebeily and Timour Azhari A file photo of a delivery worker from the mobile app Toters holding plastic bags of groceries, during a lockdown and a 24-hour curfew to curb the spread of the coronavirus disease (Covid-19) in Beirut, Lebanon on Jan 20, 2021. — Reuters

BEIRUT: His motorbike’s tank almost empty, Ahmad had barely enough fuel to make one more delivery and get home for the night. When the 24-year-old Syrian’s phone pinged with a food order in a distant suburb of the Lebanese capital Beirut, his heart sank.

Ahmad could ill afford to lose the work he picked up through local delivery app Toters – a precarious lifeline as Lebanon’s economic meltdown destroys thousands of jobs and plunges three-quarters of the population into poverty.

“If I don’t work, I don’t eat,” said Ahmad, who like other workers asked to be identified only by his first name.

Freelance delivery work from app-based platforms has boomed worldwide as Covid-19 lockdowns kept people at home, prompting demands for better pay and conditions from workers around the world, from New York and Amsterdam to Johannesburg.

Although gig work is promoted as flexible, the riders said they found their jobs stressful and exploitative as they lack the protections of formal employment.

Lebanon’s labour minister did not respond to an interview request and Zomato declined to comment.

But Ahmad said his managers at Toters refused to reassign his late-night order some 10km (6 miles) outside the capital.

After siphoning gasoline from his friend’s motorbike to make the delivery, a power cut left Ahmad stuck in the apartment building’s lift for 30 minutes before he could finally head home.

“Remember what it was like in the past when everyone had slaves? That’s what this job is like,” he said.

Two Toters drivers shared a list of working conditions they had received in September that stated: “A driver cannot refuse an order for any reason.”

The instructions said drivers who declined orders too often or did not wear their uniform would have their accounts temporarily closed.

Halwani said drivers had the “freedom” to decline orders and go offline as they wished, but acknowledged that mid-level supervisors may have communicated such instructions to drivers.

Halwani added that Toters had raised drivers’ rates above those of competitors to account for rising prices, as well as the usual factors of driver availability and order volume.

A driver who worked “more than eight hours per day for either five or six days a week” could bring home 4 million Lebanese pounds per month, he said.

Toters drivers also said they spent too much time at gas stations to accrue enough deliveries – or were forced to stay home because of an empty tank.

“I’d go down to the station at 6am and finish at 12.30pm,” said Muhannad, a 31-year-old Toters driver. “I’d keep thinking that I could have delivered three orders in that time.”

As hyperinflation drives up fuel prices and other everyday costs, drivers said compensation rates were falling further and further behind.

One driver said he had to move back in with his parents as he could no longer afford rent, while Hammoudi, a 24-year-old Lebanese driver for Zomato, wished he could emigrate.

“My monthly wage adds up to about three million Lebanese pounds, but it depends on whether or not I got good tips,” said Hammoudi. “I feel like there's no place for me here anymore.”

Under Lebanese labour law, app-based delivery drivers are considered “independent contractors”, meaning they have no social security or health cover and can be laid off at any time.

Lebanon is not a signatory to Convention 87 of the International Labour Organization, which enshrines the right of workers to establish or join labour organisations.

It does allow collective bargaining, but Zomato and Toters drivers said that when they asked for better pay and working conditions, their managers told them they could be easily replaced.

When some Toters riders formed WhatsApp groups and Instagram pages to share grievances and float the possibility of strike action, company bosses shut their app accounts – barring them from working – until they removed the posts, two drivers said.

Economists and labour experts said the tensions were characteristic of gig economy jobs worldwide but had been exacerbated by Lebanon's cocktail of crises.

“This is the new way of doing business – outsourcing the means of production to the workers,” said Rabih Fakhri, a doctoral candidate at Canada’s University of Montreal researching the Middle East’s gig economy.

“Workers in Lebanon have to cope not only with this, but with social, political and economic stressing factors in a country that is running towards a financial meltdown.”

There is an added layer of vulnerability for Syrian drivers fleeing their neighbouring war-ravaged homeland, whose status in Lebanon bars them from most formal employment.

“The gig economy hires people that wouldn’t otherwise be formally employed – but it also leaves space for exploitation,” said Salim Araji of the U.N. Economic and Social Commission for West Asia (ESCWA), which promotes regional development.

Araji said private sector companies should better compensate their gig workers, while the government should regulate the sector to safeguard employee rights.

Such changes are urgently needed, according to Abdallah, a Syrian driver for Zomato who earned nothing when he contracted Covid-19 last year and said he was upset by a lack of support from the company regarding issues such as medical care.

“It’s shameful, honestly. You feel like they see you as a machine that works 12 hours a day,” the 33-year-old said.

“You feel like your rights are not considered.” – Thomson Reuters Foundation 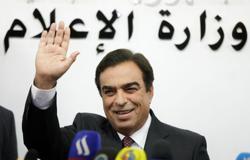