Apple extended its repair programme for the AirPods Pro wireless earbuds by another year, giving users up to October 2022 to complain if they encounter sound issues. — Apple

Apple is extending the coverage of its repair programme for the AirPods Pro wireless earbuds up to October next year.

The repair programme covers AirPod Pro units affected by sound issues, like crackling or static sounds that increase in loud environments, while exercise or talking on the phone.

It also covers units where Active Noise Cancellation doesn’t work as expected, where it instead has a loss of bass sound or an increase in background sounds like street or airplane noise.

The programme was announced in October 2020 for units manufactured before then. The earbuds were launched late 2019.

It initially covered affected earbuds for two years after the first retail sale of the unit, meaning up to October 2021.

Tech site 9to5Mac spotted that the repair programme was extended to three years, or up to October 2022.

According to the notice, Apple or an Authorised Service Provider will service the affected unit free of charge.

“Your AirPods Pro will be examined prior to any service to verify that they are eligible for this programme. AirPods Pro (left, right or both) with a confirmed issue will be replaced,” it posted.

It added that the device case is not affected by this issue and will not be replaced.

To note, extension of the programme only applies to those specific sound issues, but it does not extend the standard warranty coverage.

When you use your headphones for too long 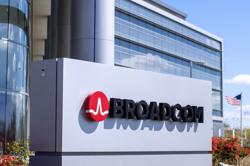 Should you worry about data from your period-tracking app being used against you?
Report: iOS 10 and iOS 11 users can no longer use WhatsApp after Oct 24
Amazon aims to sublet, end warehouse leases as online sales cool
Facebook slammed for spreading Putin’s propaganda in Nato’s east
Dota 2’s The International coming to Singapore this October
Israeli firm hopes AI can curb drownings
SEA Games: Malaysia esports teams conclude run with three bronze medals
After TikTok video on fake branded purse at US vintage store goes viral, the owners fear for their safety
Caught in the Web
Driving the digital agenda