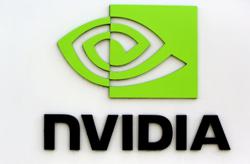 In less than a year, China has upended the world’s largest internet sphere, throwing its biggest players from Alibaba to Tencent into a tailspin with a storm of regulatory measures to loosen their stranglehold over data and content. Yet Apple Inc., the largest of them all and an American icon, has sailed through mostly unscathed.

That may be changing. President Xi Jinping has over the past year launched a broad offensive against Big Tech, directing the dismantling of digital walls around platforms like WeChat that stifle competition.

Xi’s campaign threatens a delicate balance Apple has cultivated in China, a market that underpins much of its US$2.4tril (RM10tril) value as both the foremost producer and one of the biggest consumers of iPhones.

Apple is among the most profitable American players in China, a country that’s shut out rivals from Alphabet Inc.’s Google to Facebook Inc., navigating between Beijing’s increasingly rigid demands and anti-China sentiment back home.

Regulators have thus far focused on whittling down the influence of China’s biggest tech firms, fearing their immense and growing influence could pose a long-term threat to the Party. But the powers-that-be have never been shy about going after American interests, and tensions with the US are running high.

"It just needed to play differently to adapt to the Chinese market conditions,” said Nicole Peng, vice president of mobility research at Canalys. "It will need to be really careful not to fall into any kind of monopoly activities. That’s something the Chinese government will be closely watching.”

Added scrutiny from Beijing would introduce another major element of uncertainty for a company already grappling with supply-chain system shocks. Apple is slashing its projected iPhone 13 production target for 2021 by as many as 10 million units as its suppliers struggle to secure enough components, people familiar with the matter said this week.

For now, the world’s most valuable company is seeing its software operations thriving in China. The iPhone’s App Store – over which the company exerts almost total control and collects a typical 30% cut from all payments – is the quintessential closed ecosystem.

Epic Games Inc. this year sued Apple for monopolistic behavior, blowing the lid off a longstanding complaint of developers the world over: that the iOS model squeezes creators unfairly with its so-called Apple tax. South Korea in August passed a law compelling Apple and Google to open their mobile stores to different payment options. US lawmakers are urging similar measures.

China’s Supreme Court in September gave the green light to a case filed by an individual consumer alleging Apple’s app fees are unfair, allowing it and similar lawsuits to proceed. Apple declined to comment on the decision or for this article. The company says the App Store fees it charges are justified by the security and peace of mind it provides users, while giving developers a global showcase for their apps.

"Apple is standing on the opposite side of consumers and developers,” said Wang Qiongfei, a lawyer with the Hangzhou-based Kinding Law Firm representing Jin Xin, the plaintiff. "Because of the enclosed monopolistic system it created, Apple can raise the price as it wishes.”

It’s hard to overstate Apple’s reliance on China, where partners like Foxconn make most of the world’s iPhones and a consumer market that yields about a fifth of its US$275bil (RM1.14tril) in annual revenue. The local App Store has generated more revenue than its US equivalent in four of the past five years. Consumer spending on the iOS platform surpassed US$9.1bil (RM37.9bil) in China during the first half of 2021 alone, up 25% on the previous year, according to App Annie.

The country’s internet population rose above 1 billion this year and it is already the world’s biggest gaming arena and electric-vehicle market, making it essential to Apple’s present and future ambitions.

That’s partly why Apple makes sure to stay on Beijing’s good side. It runs a series of social and education programs, employs millions across its supply chain and grants coveted contracts to Chinese firms like Luxshare Precision Industry Co. and BOE Technology Group Co. It lets a state-backed firm handle all its local data and complies with censorship requests. That’s helped shield it from the broader assault on tech giants, observers say.

At a time when China seems intent on moulding model citizens, Apple has acted like one for years – but only after some early clashes with authorities.

State media, which typically reports along lines sanctioned by the government, has gone after Apple as far back as 2013, when Chief Executive Officer Tim Cook was forced to apologise after state broadcaster CCTV criticised the firm’s customer-service standards.

A year later, the same outlet accused the iPhone of posing security risks. In 2017, Beijing investigated antitrust complaints relating to Apple’s dominant smartphone position. In between, pressure from regulators also forced Apple to shut down key services like iTunes Movies and iBooks – which remain down.

Since agreeing in 2017 to host Chinese user data with a state-owned firm in Guizhou, the Cupertino, California-based company has shown itself a willing partner to Beijing, complying with censorship and takedown requests and resisting pressure from Washington to decouple its business from China.

"These actions by Apple have bought it some favor from Beijing,” said Doug Fuller, associate professor at City University of Hong Kong.

In the first half of 2020, Apple complied with 94% of the Chinese government’s requests for user device information – the highest in the world for any country with more than a handful. That’s versus 82% in the US, 81% in Germany and 48% in Australia. Many related to "tax and customs investigations,” it said in its most recent transparency report.

Last year, the company purged more than 140,000 unlicensed games from its China App Store and it now requires developers to enter a valid license registration before their game can be published, according to Niko Partners.

The company "claims that respect for privacy and human rights are its guiding principles – something that is hardly reconcilable with its current approach to China,” said Nicholas Bequelin of the Yale Law School Paul Tsai China Center.

Beijing’s internet crackdown, entering its 12th month, is already exerting an indirect impact on Apple. Curbs on gaming like a three-hour weekly time limit for minors and slowing new-game approvals will eat into revenue growth. But there are longer-term causes for concern.

The administration has gone after tech firms in part because officials have grown uneasy about their sheer potential to destabilise society, given the trove of data they hoover up from hundreds of millions of users. Apple’s data is regarded as valuable because its users tend to be early adopters and more affluent.

Apple’s manufacturing partners from Foxconn, known also as Hon Hai Precision Industry Co., and Catcher Technology Co. to Luxshare and BOE collectively employ millions to assemble the different parts that go into iPhones, Macs and iPads. The blue-collar factory jobs they provide are considered lucrative for those without higher education, such as migrant laborers looking to earn a living in the city for family back home.

Yet the sheer numbers and the lack of visibility into the supply chain are also a risk. Labor unrest from the growing wealth gap is considered one of the key threats to stability, and Apple partners including Catcher and Hon Hai have dealt with large-scale protests in the past, particularly after the suicides of several Foxconn workers in 2016 drew attention to what critics say were inhumane working conditions.

Beijing has already criticised its own tech firms for excessive work. In Apple’s case, its army of assembly-line workers – who often make less than the US minimum wage – is key to maintaining its 40% profit margin.

To date, Apple’s stance and tight controls on content have suited Beijing, with the company imposing restrictions and removing apps as and when authorities demand. But the iOS ecosystem itself could invite scrutiny.

"Apple, as a distribution platform, will have to abide by content rules and make sure they don’t employ anticompetitive practices,” said Rui Ma, founder of Tech Buzz China. – Bloomberg 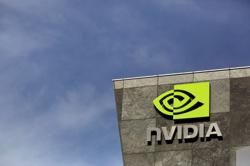 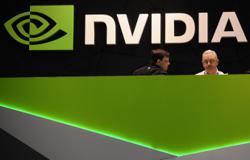