Nokia's Communicator flip phone went on sale in August 1996 and was equipped with a fax function, calendar and calculator, ushering in the golden era of smartphones. – dpa

"The office in your back pocket." That was Nokia's promise 25 years ago when it launched a mobile phone that could pass as the forefather of today's smartphone.

But compared to the phones today, you needed a generous back pocket: The Nokia 9000 Communicator was almost 4 centimetres thick and weighed just under 400 grams.

The model also had a special feature: It could be opened to reveal a keyboard and a black-and-white display with a diagonal of 4.5 inches.

The Nokia 9000 was first shared with the world at the CeBIT computer fair in Hanover in 1996 and was launched in August of that same year.

The device set the standard for the next decade as to what a smartphone should look like: A small computer for people on the go, with lots and lots of buttons. The Blackberry phones that came after perfected this idea – at least until the iPhone came along in 2007.

In the 1990s, it was almost impossible to imagine all the capabilities that smartphones would eventually come to have.

But Microsoft's visionary video "Information at your fingertips" in 1994 was not afraid to dream of what could be, showing pocket devices with large displays connected to the internet. In the video shown by Bill Gates in his keynote at the now long-defunct Comdex computer trade fair, the smartphone was already being used to pay for coffee.

Not all of the ideas realized for the smartphone were successful: Apple, adrift without founder Steve Jobs, saw a massive flop with the Newton, a handheld device that was supposed to recognize handwriting with a stylus and a large display but foundered due to the software.

The start-up General Magic tried for several years to get a touchscreen device that conceptually anticipated many of the functions of later smartphones off the ground. However, in the end, the device was too ambitious for the state of technology at the time.

Nokia's strength with the Communicator was that it wasn't promising any revolutionary innovations, but rather offered the possibility of doing some office tasks on the go. The device made it possible to send and receive faxes and emails, and offered an address book and diary. Without a SIM card, the Nokia device cost about 800 dollars.

Folded up, the Communicator looked like a somewhat chunkier conventional mobile phone with dialling keys and a small screen.

The inner display had a resolution of 640 by 200 pixels, which nowadays seems comically small but at the time was not far off from the standard for a large computer monitor, 640 by 480 pixels.

The device was successful enough for Nokia to launch various other models over the years that included technical upgrades. The Nokia E7, with a display that could be pushed up to reveal a keyboard, was its last attempt to carry the concept into the modern smartphone era.

But just because the Nokia Communicator 9000 is outdated doesn't mean it's worthless: On eBay and other platforms, early smartphone models are still in demand and can easily fetch more than US$550 (RM2,307). – dpa

Digital detox: Can taking a break from tech improve your well-being? 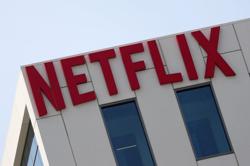