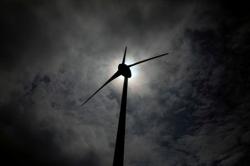 Servers and several computer terminals at the ERS clinic’s Camden branch were affected, but its IT system at the Novena branch was not. — AFP Relaxnews

SINGAPORE: A ransomware attack earlier this month has affected the personal data and clinical information of nearly 73,500 patients of a private eye clinic, the third such reported incident in a month.

But the clinic said it has not paid any ransom, adding that no credit card or bank account information was accessed or compromised.

Singapore’s Ministry of Health (MOH) said that the clinic’s compromised IT systems are not connected to the ministry’s IT systems, such as the National Electronic Health Record, and there have been no similar cyberattacks on MOH’s IT systems.

The ministry added that it has asked ERS to investigate the incident, carry out a thorough review of its systems and work with the Cyber Security Agency (CSA) to “take immediate mitigating actions to strengthen its cyber defences”.

The police, the Personal Data Protection Commission – which said it is seeking more information from ERS – and CSA have been informed of the incident.

ERS is also working with CSA and MOH to investigate the root causes of the attack and, together with security experts, is also trying to identify potential areas the company can better secure.

The clinic said in a statement that it uses “reputable and established external IT service providers to advise on and maintain its IT systems, and subscribes to appropriate anti-virus and other protective software, which is regularly updated”.

ERS added that its IT system has been restored securely, and its IT providers have completed a thorough check of the clinic’s system, reformatted servers and run anti-virus scans on all computer terminals.

Measures will be taken to prevent the breach from recurring, ERS said.

ERS had fallen prey to a sophisticated ransomware cyberattack by hackers on Aug 6. Such attacks usually involve locking up data until victims pay the hackers.

Servers and several computer terminals at the clinic’s Camden branch were affected, but its IT system at the Novena branch was not.

While no data has been leaked publicly for now, the clinic said that it will monitor the situation closely.

ERS said that for data security reasons, it maintains active medical records separately on a cloud-based system, so they were not accessed or compromised in the cyberattack. Clinical operations were not affected too.

The clinic said it is now in the process of informing patients of the cyberattack.

“ERS regrets this breach and wishes to assure its patients that it takes patient confidentiality very seriously,” the clinic said, adding that it will continue to do everything it can to protect and secure patient information.

The attack is the latest in a series of ransomware attacks reported in the past month.

On Aug 16, insurer Tokio Marine Insurance Singapore said it was hit by a ransomware attack.

It said at the time that there was no indication of a breach of customer information nor confidential information of the Tokio Marine Group.

On Aug 19, The Business Times reported that Singapore-based tech company Pine Labs fell victim to ransomware too. The firm is a Temasek-backed payments platform.

Hackers were said to have stolen confidential documents between Pine Labs and several Indian banks, and held the information hostage.

The healthcare, government and banking industries have the biggest targets on their backs, said Eric Nagel, cybersecurity firm Cybereason’s general manager for the Asia-Pacific.

There are steps organisations can take to protect themselves.

On Tuesday, CSA, PDPC and the police offered advice on guarding against hacking group Altdos, which has been known to use a “double extortion” technique on victims.

The group is said to steal data from a victim’s servers and might later lock the data up.

Altdos will then demand payment from the victim, threatening to publish the data if the ransom is not paid.

It will also sometimes ask a victim to pay a separate ransom to decrypt its locked files.

The hacking group operates mainly in South-east Asia and Bangladesh. In Singapore, it is known to have targeted furniture retailer Vhive and consumer electronics retailer Audio House.

If a ransomware attack occurs, the Singapore authorities advise organisations not to pay the ransom and instead report the incident to public agencies.

“Paying the ransom does not guarantee that the data will be decrypted or that your data will not be published by threat actors,” CSA, PDPC and the police said.

“It also encourages the threat actors to continue their criminal activities and target more victims. Threat actors may also see your organisation as a soft target and may strike again in the future.”

To reduce the risks of being attacked by Altdos, the Singapore authorities recommend the following to organisations:

– Segregate networks to limit communications between Internet-facing services and internal servers such as those containing sensitive data;

– Routinely back up important files to external and offline storage devices;

– Seek external help, such as hiring a professional firm, when an attack has been confirmed, or to regularly test systems for security holes. – The Straits Times (Singapore)/Asia News Network

Opinion: Prevention is better than cure, even in the digital world 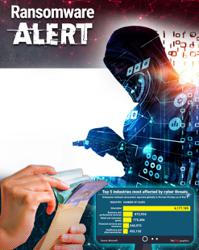