A policeman flying a drone, which the Bukit Aman Department of Internal Security and Public Order director says has been helpful in managing borders and gathering evidence. — fotoBERNAMA

The use of drones is effective in helping the Royal Malaysian Police (PDRM) to ensure security and maintain control at the country’s borders, as well as to record pictures and videos as evidence to bring to courts.

He said drones of high power and quality could fly for up to two or three hours and could cost about half a million ringgit per unit.

"Many successful seizures have been done with the help of drones. However, the use of drones differs according to the area and the activities. The one used in Bukit Kayu Hitam, Kedah, for example, could not be the same as the one used in Gua Musang and Sungai Golok, Kelantan.

"In Zone A (which is a coastal area of up to 1,000 kilometres), the use of drones is very relevant because it is just not practical to deploy an enforcement team to cover such a large area,” he told Bernama in a recent special interview in Bukit Aman.

Zainal Abidin said drones were also able to maintain surveillance in a certain crime scene while the enforcement team carried out the arrests, took the criminals to the police stations and prepared the necessary reports.

"Those processes would usually take few hours to complete and during that time, there will be a void (no control in the area), but with the use of drones, we can not only continue with the surveillance but also cover a much wider area,” he said.

He said the police were also aware that smuggling syndicates were purposely letting their "small boats” be arrested and seized at a certain coastal area as a decoy while they bring in "larger boats” of contraband items or even migrants via other routes.

"So, high-powered drones is what is needed such areas and also for the border areas in Sarawak that we know are hilly and mountainous.

"To mobilise the enforcement team to stop the smuggling activities is quite difficult and time-consuming. That is why we want to use drones,” he said.

Zainal Abidin said by using drone technology, he believed that the police would also be able to uncover more "rat” and "elephant” trails used by smugglers in Sarawak.

"If it is not done now, it is highly possible that the PDRM will face more difficulties in ensuring national security in the future,” he said.

Meanwhile, he said the PDRM has also received four All-Terrain Vehicles (ATVs) provided by the Sarawak government to help protect the state’s border areas, especially after Indonesia announced that East Kalimantan would be its new capital.

"The ATVs were received two days ago by the 11th Battalion in Miri, Sarawak, together with a generator for the police post located in the jungle,” he added. – Bernama 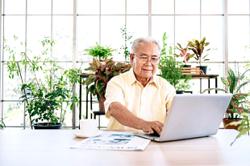