FILE PHOTO: The logo of technology company Nvidia is seen at its headquarters in Santa Clara, California February 11, 2015. REUTERS/Robert Galbraith

Nvidia said that it is working through the regulatory process with the UK government.

"We look forward to their questions and expect to resolve any issues they may have," an Nvidia spokesperson told Reuters.

Arm, currently owned by Japan's SoftBank Group Corp is a major player in global semiconductors, a sector fundamental to technologies from artificial intelligence and quantum computing to 5G telecoms networks. Its designs power nearly every smartphone and millions of other devices.

The UK's Competition and Markets Authority (CMA) had sent its completed Phase 1 investigation report to the UK government on July 20,according to the government's website. (https://bit.ly/2VbrzNH)

The U.K. government is likely to conduct a deeper review of the merger due to national security issues, the report added.

(Reporting by Chavi Mehta in Bengaluru; Editing by Maju Samuel) 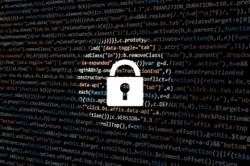