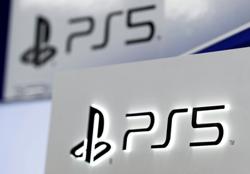 Sony's PlayStation 5 has become the game company's best selling console ever with over 10 millions sold, though supply is still struggling to meet demand. — Reuters

More than 10 million PS5 consoles have been snapped up around the world since they hit the market in November, according to Sony's gaming unit.

"While PS5 has reached more households faster than any of our previous consoles, we still have a lot of work ahead of us as demand for PS5 continues to outstrip supply," SIE chief Jim Ryan said in a release.

"I want gamers to know that while we continue to face unique challenges throughout the world that affect our industry and many others, improving inventory levels remains a top priority for SIE."

A computer chip shortage has hobbled production of a wide range of goods, from cars to computers.

Meanwhile, the video game industry has seen booming growth during the pandemic as people turn to the internet for entertainment given limits to real-world activities.

Spending on video games in the United States reached US$28.9bil (RM122bil) in the first half of this year, an increase of 15% from the same period in 2020, according to industry tracker NPD Group.

The amount of money spent on video game hardware in the US in June alone more than double from the same month a year earlier to US$401mil (RM1.69bil), NPD reported.

Discs heading the way of the dinosaur as gamers embrace downloads