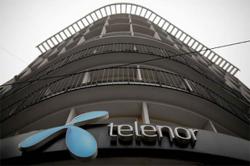 OSLO (Reuters) - Norwegian telecoms operator Telenor has sold its Myanmar operations to Lebanese investment firm M1 Group for $105 million, Telenor said on Thursday, announcing its retreat from a country that slid into chaos after a military coup in February.

"Further deterioration of the situation and recent developments in Myanmar form the basis for the decision todivest the company," Telenor said in a statement.

Telenor, one of the biggest foreign investors in Myanmar, was one of the few Western companies to bet on the South East Asian country after it emerged from military dictatorship a decade ago.

Telenor wrote off the value of its Myanmar unit in May, booking a loss of 6.5 billion Norwegian crowns ($752 million), after seeing its mobile business severely restricted following the Feb. 1 military coup. On March 15, the junta ordered a nationwide shutdown of mobile data, making it more difficult for pro-democracy activists to organise protests and circulate messages supporting the overthrown civilian government.

Violence since the Feb. 1 coup has driven more than 230,000 people from their homes, and more than 880 people have been killed by security forces and 5,200 are in detention, the United Nations says.

Myanmar's junta has banned senior foreign executives of major telecommunications firms from leaving the country without permission and it is pressuring them to fully implement intercept technology that would let authorities monitor users, a source has told Reuters earlier this week.

The transaction corresponds to an implied enterprise value of about $600 million, and the sale to M1 group will guarantee continued operations, Telenor Chief Executive Sigve Brekke said.

"The situation in Myanmar has over the past months become increasingly challenging for Telenor for people security, regulatory and compliance reasons," Brekke said.

The Norwegian state-controlled operator has operations in the Nordics as well as in Asia, where 95% of its 187 million customers reside - in Bangladesh, Pakistan, Thailand, and Malaysia as well as Myanmar.

It has around 18 million customers in Myanmar, serving a third of its 54 million population. 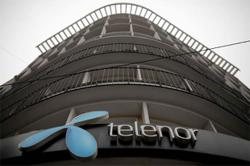