MCMC advised all students to be careful and not endanger themselves in trying to get better Internet coverage. — YAP CHEE HONG/The Star

The commission announced in a statement yesterday that the move was a short-term solution.

As for the long-term solution, it has ordered telcos to provide suitable communications infrastructure in the area, adding that the move was fully supported by Selama assemblyman Mohd Akmal Kamarudin.

“MCMC expresses its sympathy over the incident which saw student Siti A’isyah Mohd Idris, 17, who was riding a motorcycle, suffer serious injuries in an accident while on her way to her uncle’s house to get better Internet reception to follow her online classes,” it said.

The solutions decided were based on Monday’s meeting between the Perak MCMC, representatives of service providers Celcom, Digi, Maxis as well as Telekom Malaysia, the victim’s family and Mohd Akmal.

The commission announced that the meeting intended to get a clearer picture about Siti A’isyah’s reception issues and to get updates on her current condition.

In addition, it advised all students to be careful and not endanger themselves in trying to get better Internet coverage.

On June 20, media outlets reported that Siti A’isyah, a student of Sekolah Menengah Kebangsaan Datuk Haji Hussein in Larut, Perak, was seriously injured after being involved in a traffic accident last Friday while en route to her uncle’s house to get better Internet reception. – Bernama

MCMC: Fallen telecommunications tower in Perak believed to be due to heavy rain, strong winds 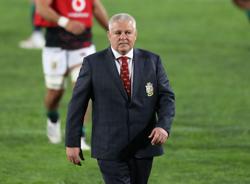