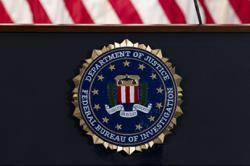 GOSH, this was a mistake. I was talking with my artist friends on Twitter about NFTs (which was a hot thing back in March), which led to research on the state of the fad, which led to discussions on digital art piracy, which led to me questioning the legitimacy of my self-constructed online identity.

Do I... actually exist on the Internet?

OK, first, a recap on NFTs (non-fungible tokens): they’re a bit of tech based on the magic of blockchain and the mania of speculative financial markets.

How NFTs work is irrelevant, but the upshot is that NFTs allow users to essentially create unique, tradable “certificates of ownership” for digital media.

Sounds cool, but the problem for artists is that anybody can claim ownership over any tweet.

@PhantomThiefLupin pops out of nowhere and creates an NFT for that tweet, claiming “ownership” then selling it.

This isn’t even the sexy kind of art theft, where if you wanted to steal the real Da Vinci’s original artwork, you’d need to assemble a team to break into the Louvre, and have a plan so audacious that it’ll leave the police surprised when they discover the real painting replaced with a boy in a wig.

Ownership in the digital era

But what does ownership even mean in this case? At the height of the craze, unscrupulous users would use Twitter bots like

@tokenizedtweets to generate NFTs to “claim” other people’s artwork. The artists were rightfully angry, but did they actually need to do anything?

Having an NFT “certificate of ownership” isn’t the same as having the copyright to something.

Copyrights are based on real-world laws; NFTs are currently “fantasies”.

I mean, I can’t “steal” your car by taking a photo of it and telling you, “Nyahaha, this photo is my proof of ownership, so give me your keys!”

Still, some artists responded by simply deleting their tweets, which hilariously turned the thieves’ NFTs into garbage, as they’d now point to broken URLs. So those precious “certificates of ownership” could actually disappear at the whim of others!

Better yet, @tokenizedtweets and similar bots have now been suspended by Twitter for violating platform rules. So much for your online permanence.

Frankly, an NFT’s existence is predicated on so many factors outside its owner’s control that the art thieves’ idea of being able to take “ownership” of anything on the digital landscape is laughable.

But then I realised... doesn’t that also describe my idea of “owning” anything on the Internet?

Later today, I’ll post my drawing of Mona Lisa, except I’ll do it anime style, so Mona will have a huge pair of... uh, eyes. I must also “own” that tweet, right?

If someone reports that my AnimeMonaLisa.jpg has eyeballs that violate Twitter’s content rules, then bam, I’m suspended. My online Twitter identity can easily disappear at the whim of others.

That same existential uncertainty can be applied to every online service I rely on, from Gmail to WhatsApp, and this epiphany made me realise how much I’ve been taking digital conveniences for granted.

If I have an actual physical house, it’ll be very hard to take me away from my home. Conversely, if I have a website, then all it takes is for my web hosting service to have an outage and suddenly I’m out of a home(page).

Yikes, so much for my online permanence!

So here’s my question to myself: can I actually take “ownership” of anything on the digital landscape?

A lot of my online existence is predicated on so many factors outside of my control. So am I... a digital hobo, with no real place to call my “home” on the Internet?

I don’t think I have a proper conclusion or point I’m trying to make, since I’m basically just having an existential crisis over my digital identity and online existence.

I suppose one way to ensure some sort of permanent online presence for myself is to set up my own web hosting service with physical servers, a permanent IP address, etc... but that’ll cost like millions. Wait, I have an idea...

Listen, meet me outside the Louvre at 7.30pm tomorrow and bring a boy who can smile enigmatically. I’ll bring the wig.