Beijing-based Meituan was the earliest to throw caution to the wind and also the one most accustomed to sacrificing profits. The food delivery giant sank into the red in the December quarter and warned of further losses, as founder Wang Xing boosted spending on logistics networks and supply chain capacity to bolster his new online grocery ambitions. — AP

Beijing’s crackdown on its tech giants is fuelling a noticeable phenomenon: it’s opened the spending floodgates.

China’s largest Internet corporations are digging deep into their pockets to open up new avenues of growth as Beijing curtails their most lucrative businesses from fintech to e-commerce. Tencent Holdings Ltd, Alibaba Group Holding Ltd and Meituan have all warned investors in recent weeks they’re prepared to open their coffers to expand in areas such as cloud computing, autonomous driving and artificial intelligence. The coming deluge promises to transform the Internet landscape by funnelling capital into fundamental technology and infrastructure – not coincidentally priority areas for the Communist Party.

Of the three, Beijing-based Meituan was the earliest to throw caution to the wind and also the one most accustomed to sacrificing profits. The food delivery giant sank into the red in the December quarter and warned of further losses, as founder Wang Xing boosted spending on logistics networks and supply chain capacity to bolster his new online grocery ambitions. In April, it raised a record US$10bil (RM41.42bil) to develop advanced solutions such as autonomous delivery vehicles and robotics, days before China’s monopoly watchdog unveiled a probe into the corporation for alleged antitrust violations.

Meituan, the country’s third-biggest tech corporation by market value, is set to report its March-quarter earnings on Friday. Revenue is expected to reach 35.7bil yuan (RM23.15bil), rebounding from last year’s pandemic-era lows, while net loss is projected to more than double from the December quarter to 5.2bil yuan (RM3.37bil), according to estimates.

“The increased investment for the tech giants is not really something they have a choice over,” said He Qi, a fund manager at Huatai Pinebridge Fund Management. “The point of the antitrust campaign is in effect to drive these behemoths out of their comfort zone, where they are now just basically rent-seeking off their unchallenged position in their respective businesses.”

The flood of spending comes after the months-long antitrust campaign wiped out hundreds of billions in value from the country’s largest tech firms. After scuppering fintech giant Ant Group Co’s initial public offering and launching a probe into affiliate Alibaba last year, regulators have since introduced new rules governing competition, fintech and data collection. Authorities are also said to be considering setting up a joint venture to oversee the massive amounts of user data collected by private companies.

Those efforts are likely to limit the once-freewheeling Internet industry’s ability to squash competition, either by buying up promising startups or squeezing out rivals through tactics like forced exclusivity or predatory pricing. The antitrust watchdog in April levied a record US$2.8bil (RM11.59bil) fine on Alibaba and ordered its 34 largest tech corporations to pledge compliance with regulations.

Days later, it announced its probe into Meituan for alleged abuses including forced exclusivity agreements known as “pick one from two”, the same charge levelled against Alibaba. China’s food delivery giant has also been been accused of exploiting workers, while its community commerce arm was fined for excessive subsidies.

Wang’s post of a millennium-old poem, seen by some as a veiled critique of Beijing, added to jitters. Meituan has lost nearly 40% of its market value, more than US$130bil (RM538.46bil), since its peak in February. The stock sank more than 3% in Hong Kong trading Thursday.

The online behemoths have responded to the antitrust push by pledging to funnel future earnings into new initiatives. Jack Ma’s flagship e-commerce firm said earlier this month it will invest “all incremental profit” into technology as well as areas like community commerce in an attempt to move past the antitrust probe. In Tencent’s case, it promised to invest a bigger portion of profits into sectors like cloud and short videos, and even earmarked billions for so-called “social value” – a clear sop to Beijing.

“Deep tech is a priority set by the government and Chinese Internet companies are fully aware of it,” said Shawn Yang, an analyst with research firm Blue Lotus Capital.

Even before the antitrust crackdown began in earnest last November, technology giants have been adding to investments, albeit in fields like community commerce. Alibaba challenger Pinduoduo Inc raised US$6.1bil (RM25.26bil) in November to grow its online groceries and agricultural produce businesses. Executives on Wednesday reiterated plans to invest “heavily” in areas like logistics infrastructure and technology, after reporting quarterly sales more than tripled.

Rivals from Didi to smaller startups like Tencent-backed MissFresh also piled into community commerce, all seeking to take the lead in a market forecast to reach US$19bil (RM78.69bil) this year.

“We’re getting to the point where the space is getting crowded,” Jason Hsu, founder and chief executive officer of Rayliant Global Advisors, said in a recent interview with Bloomberg Television. “Everyone is moving roughly in the same direction whether you are Meituan, Pinduoduo, Alibaba or Tencent. You’re all eyeing about the same space.”

In March, Premier Li Keqiang singled out key areas in which to achieve “major breakthroughs in core technologies”, including high-end semiconductors, computer processors and cloud computing – areas in which American firms now hold sway. Leaders in Beijing have also pledged to drive research into artificial intelligence and faster fifth-generation networks.

Instead of getting obsessed with a new service, “Internet giants with immense data and advanced algorithms should shoulder greater responsibility, aim higher and do more in tech innovation,” the People’s Daily, a Communist Party mouthpiece, said in a December commentary.

Meituan, for its part, has been cultivating autonomous delivery, with more than 35,000 grocery orders being delivered so far in Beijing and said it plans to invest part of the US$10bil (RM41.42bil) raised last month into drone technology. 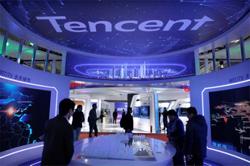