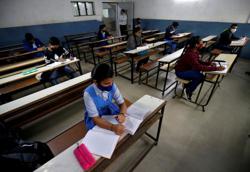 Facebook users in Singapore received a warning notice and were directed to a government-run site aimed at debunking false information. — AFP

SINGAPORE: Singapore used a misinformation law on May 20 to order Facebook and Twitter to warn users about what it said were false claims a dangerous coronavirus strain had emerged in the city.

New Delhi’s chief minister Arvind Kejriwal claimed this week on social media a strain of the virus had emerged in Singapore that could trigger a new wave of cases in India, and urged a flight ban.

But the city-state strongly rejected what it said were “unfounded assertions” – insisting there was no such thing as a “Singapore variant”.

Rather, it claimed that a strain recently detected there, and responsible for an uptick in cases, had originated in India.

Facebook users in Singapore received a warning notice and were directed to a government-run site aimed at debunking false information.

“The strain that is prevalent in many of the Covid-19 cases detected in Singapore... originated from India.”

The owner of the tech portal, HardwareZone, confirmed it had posted the warning.

India is suffering one of the world’s worst Covid-19 outbreaks while Singapore has largely kept the disease in check, although it has seen a slight increase in locally transmitted infections recently.

Singapore’s law against disinformation, which came into force in 2019, is highly controversial, with tech giants and rights groups warning that it stifles free speech.

But authorities insist the measure is necessary to stop falsehoods from circulating online that could sow divisions in the multi-ethnic, multi-faith country of 5.7 million. – AFP 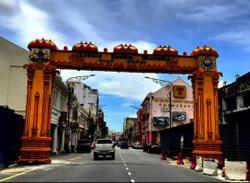