(Reuters) - A unit of Japan's Toshiba Corp said on Friday it had been hacked in Europe by the DarkSide ransomware group widely believed to have been behind a crippling fuel pipeline attack in the United States this week.

Experts who have tracked DarkSide said it emerged in the middle of last year and appears to be composed of veteran cybercriminals who are focused on squeezing as much money as they can from targets.

"They're very new but they're very organized," Lior Div, the chief executive of Boston-based security firm Cybereason, said this week when asked about the Colonial Pipeline attack. "It looks like someone who's been there, done that."

It seems to spare Russian, Kazakh and Ukrainian-speakingcompanies, suggesting a link to the former Soviet republics.

HOW DOES IT WORK?

DarkSide is one of a number of increasingly professionalized groups of digital extortionists, with a mailing list, a press center, a victim hotline and even a supposed code of conduct intended to spin the group as reliable, if ruthless, business partners.

DarkSide uses the method of double extortion, which involves demanding separate sums for both a digital key needed to unlock any files and servers, and a separate ransom in exchange for a promise to destroy any data stolen from the victim, according to the specialist blog KrebsonSecurity https://krebsonsecurity.com.

The Krebs blog also said DarkSide offers to tip off investors about its victims in advance to allow them to short stocks and benefit from the price fall when the hack becomes public.

After being blamed for the Colonial Pipeline attack, DarkSide this week claimed responsibility for breaking into three more companies, saying it was publishing hundreds of gigabytes of data from a Brazilian battery firm, a Chicago-based tech company, and a British engineering firm.

Reuters was not immediately able to verify the claims.

"It's as if someone turned on the switch," said Div, whonoted that more than 10 of his company's customers have fought off break-in attempts from the group in the past few months.

DarkSide's site on the dark web features a Hall of Shame-style gallery of leaked data from victims who haven't paid up, advertising stolen documents from more than 80 companies across the United States and Europe.

In some ways DarkSide is hard to distinguish from the increasingly crowded field of internet extortionists.

It also has a public relations program, as others do,inviting journalists to check out its haul of leaked data andclaiming to make anonymous donations to charity.

Its tech savvy is nothing special, according to Georgia Tech computer science student Chuong Dong, who published an analysis. 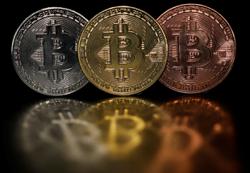