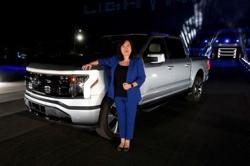 (Reuters) - North American companies boosted spending on industrial robots in the first quarter as they scrambled to keep up with surging demand in the wake of the COVID-19 pandemic.

Companies ordered 9,098 robots in the first quarter, a 19.6% increase over a year ago, according to the Association for Advancing Automation, an industry group based in Ann Arbor, Michigan. The orders were valued at over $466 million in total.

Robots were once concentrated in the auto industry but are now moving into more corners of the economy, from ecommerce warehouses to food processing plants. For the first time last year, most of the robots ordered by companies in North America weren’t destined for auto factories or their parts suppliers.

The strongest growth in the latest quarter was to metal producers, where orders surged 86%. Orders to life science, pharmaceutical and biomedical companies rose 72%, while orders to consumer goods companies increased 32%.

“The strong economy obviously helps,” said Jeff Burnstein, president of the Association for Advancing Automation, “It gives companies the confidence to invest in more things -- including in more automation.”

Burnstein said the pandemic froze many businesses, as operations shut down to protect human health. “But ultimately it accelerated the adoption of automation, because companies recognized if they were going to do it, now would be the time.”

Tyson Foods Inc, the U.S. meat company, is among those looking to use more robots on its production lines. In 2019, the company opened a 26,000 square foot automation research center near its headquarters in Springdale, Arkansas.

“For the most part, it’s still too soon for some of the really innovative and proprietary systems we’re developing,” said Marty Linn, the center’s director of engineering. Automating jobs such as deboning chickens is extremely difficult, he noted, because the size and shape of each chicken can vary greatly. Robots work best when they can handle uniform items.

With that in mind, Linn said, Tyson has already started installing at its plants robots that sit at the end of production lines and automatically stack and wrap boxes on pallets - a process that involves standard shapes and the repetition of precise movements. 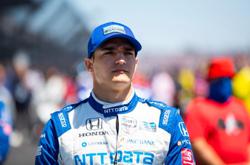