Existing street furniture in major cities (like Paris) can be loaded with all kinds of technology, from sensors to WiFi access points. — AFP Relaxnews

Thanks to their concentration, their strategic location and their connection to the electricity network, streetlamps could well have a key role to play in the smart cities of the future, carrying sensors, cameras, Internet connectivity or electric charging points, for example.

A European report also highlights the role of the “humble streetlamp” in the future development of smart cities. And in this field, Europe is currently lagging behind the US and Asia.

Installing new sensors on streetlamps has the advantage of requiring no major works and, above all, no major changes to the landscape. It’s estimated that there are over 320 million streetlamps in the world, and just 10 million of them are currently “smart”. But the use of streetlamps could prove highly useful in the short term.

As well as lighting up cities, streetlamp poles can be fitted with various smart sensors to measure pollution, noise, air quality and many other environmental factors. They can also be fitted with cameras – with or without facial recognition – or be used to bring connectivity to neighbourhoods, with 5G or a public WiFi network.

Finally, they can double up as charging stations for electric vehicles. This is already the case in certain cities. The ubitricity startup, which is driving this innovation, is hoping to have 200,000 such charging stations across Europe by 2025.

All of these uses are made possible by the fact that streetlamps are already connected to the electricity network, and that they’re ideally located to collect useful data for the future management of cities.

A recent report published by Higginson Strategy, called “Shining a Global Light”, gives various examples of how streetlamps have been reconfigured for new uses in Europe in recent months.

In Barcelona, for example, a dozen streetlamps have been equipped with video surveillance technology capable of monitoring visitor numbers and crowding on beaches. In the Westminster area of London, streetlamps could soon be used to strategically direct people away from busy areas, to help manage crowd safety. In Copenhagen, they are being used for road safety, automatically switching on when a cyclist approaches a danger zone (like an intersection), before slowly switching off again.

All the data collected in this way can then help city authorities improve their services to the population. But in this field, the US, and Asia especially, are currently one step ahead of Europe.

In Seoul, South Korea, around 20 “smart” streetlamps have just been installed in the city center. They serve to better manage traffic and to monitor certain areas, or to simply help people connect to the public WiFi network.

By the end of the year, new models should be able to offer charging points for electric vehicles, as well as drones. – AFP Relaxnews 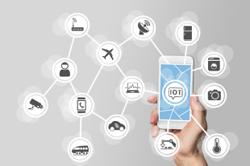 Clubhouse launches Android app as downloads plummet
Top U.S. fuel pipeline operator pushes to recover from cyberattack
Musk boosts his brand, and NBCUniversal's, on 'Saturday Night Live'
Colonial Pipeline hackers stole data on Thursday - Bloomberg News
My Facebook was hacked. Instagram and WhatsApp, too. How did this happen?
Earth Talk: What are the environmental pros and cons of GPS apps?
Lifestyle influencer reveals she had to put down her dog for aggression; Internet bites back
Opinion: Relax, Donald you don't need Facebook to reach your fans online
Covid-19 conspiracy beliefs increased among conservative and social media users, Penn study finds
Cyberattack on pipeline spotlights holes in U.S. energy security