Apple CEO Tim Cook stands with the all-new iMac lineup, in this still image from the keynote video of a special event at Apple Park in Cupertino, California, U.S. released April 20, 2021. Apple Inc./Handout via REUTERS

(Reuters) - Apple Inc on Tuesday announced AirTags, its long-rumored device tracker, a new line of iMac computers and iPad tablets with its own processors and a podcast subscription service.

The Cupertino, California-based company, which launches its flagship iPhones in the fall, typically announces new iPads and Macs in March before releasing the latest version of operating softwares at its annual developers' meet in the summer.

This year it launched a flurry of new devices and services in Tuesday's virtual event, including a purple variant of its flagship iPhone, a new Apple TV set top box and Apple Card Family service.

Here are six key announcements from the event:

IMACS GET A SPLASH OF COLOR AGAIN

Apple launched a new line of redesigned iMacs in seven new colors. The computers, which were known to have colorful translucent plastic bodies in the 2000s, has only been sold in silver aluminum variants in recent years.

The new computers start at $1,299 and customers will be able to pre-book from April 30.

The new tablets start at $749 and will be available in the second half of May.

The company also announced podcast subscription services that will compete with rival Spotify. Subscription prices will be set by creators and billed monthly. Apple will charge creators $19.99 a year for its podcast program.

Apple's Podcasters Program will be available to creators in more than 170 countries and regions, and content creators can enroll in the program on Tuesday.

Apple launched the long-rumored AirTags to help users track and locate everything from keys, bags and jackets. The small inconspicuous circular tracking device is water and dust-resistant, with a built-in speaker.

Apple launched Apple Card Family, allowing spouses and partners to share and merge credit lines with its Apple Card. In 2019, co-founder Steve Wozniak had joined the online debate over accusations of gender discrimination by the algorithm behind the iPhone maker's credit card.

Apple launched purple variant of its flagship iPhone 12 and iPhone 12 mini models. The new variants will be available for pre-order from April 23.

(Reporting by Subrat Patnaik in Bengaluru; Editing by Arun Koyyur) 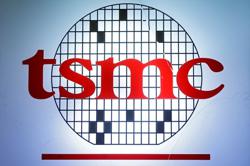