FILE PHOTO: The Facebook logo is displayed on a mobile phone in this picture illustration taken December 2, 2019. REUTERS/Johanna Geron/Illustration/File Photo

(Reuters) - Facebook's oversight board on Tuesday announced an expansion of its remit so that users can appeal content left up on the site as well as content taken down.

Here are some key facts about how the board works:

WHAT DOES THE OVERSIGHT BOARD REVIEW?

The board, which some have dubbed Facebook Inc's "Supreme Court," can overturn the company's decisions on whether some individual pieces of content should be displayed on Facebook or its photo-sharing platform Instagram. It can also recommend changes to Facebook's content policy, based on a case decision or at the company's request, but these are not binding.

The board, which only makes rulings on a small slice of Facebook's content decisions, said it aims to pick cases with wider relevance. It said it has received more than 300,000 cases since it opened its doors in October 2020 and it has ruled on fewer than 10.

Cases so far have involved issues such as hate speech, violence and nudity. Facebook has said the board's remit will in future include ads, groups, pages, profiles and events, but has not given a time frame.

It will not deal with Instagram direct messages, Facebook's messaging platforms WhatsApp and Messenger, its dating service, or its Oculus virtual reality products.

HOW DOES THE BOARD WORK?

The board, which is supported by a staff, decides which cases it reviews. Cases can be referred either by a users who have exhausted Facebook's appeals process or by Facebook itself for "significant and difficult" cases.

Each case will be reviewed by a panel of five members, with at least one from the same geographic region as the case originated. The panel can ask for subject matter experts to help make its decision, which then must be finalized by the whole board.

The board's case decision - which is binding unless it could violate the law - must be made and implemented within 90 days, though Facebook can ask for a 30-day expedited review for exceptional cases, including those with "urgent real-world consequences."

Users will be notified of the board's ruling on their case and the board will publicly publish the decision. When the board gives policy recommendations, Facebook has to publish a response within 30 days.

WHO IS ON THE OVERSIGHT BOARD?

The board will eventually have about 40 members.

Some picks resulted from the global consultations conducted by Facebook to obtain feedback on the oversight board.

The members, who are part-time, also include civil rights advocates, academics, journalists, a Nobel Peace Prize laureate and a former judge of the European Court of Human Rights. One member, Pamela Karlan, recently left to join the Biden administration and is being replaced.

The members are paid by a trust that Facebook has created and will serve three-year terms for a maximum of nine years.

The trustees can remove a member before the end of their term for violating the board's code of conduct, but not for content decisions. 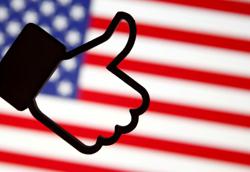