Daniel Roberts poses for a picture in McMinnville, Tennessee. Roberts received a Covid vaccine over the objections of his family, who are against being vaccinated. — AP

PROVIDENCE, Rhode Island: Daniel Roberts hadn’t had a vaccination since he was six. No boosters, no tetanus shots. His parents taught him inoculations were dangerous, and when the coronavirus arrived, they called it a hoax. The vaccine, they said, was the real threat.

So when the 29-year-old Tennessee man got his Covid-19 shot at his local Walmart last month, it felt like an achievement. A break with his past.

“Five hundred thousand people have died in this country. That’s not a hoax,” Roberts said, speaking of the conspiracy theories embraced by family and friends. “I don’t know why I didn’t believe all of it myself. I guess I chose to believe the facts.”

As the world struggles to break the grip of Covid-19, psychologists and misinformation experts are studying why the pandemic spawned so many conspiracy theories, which have led people to eschew masks, social distancing and vaccines.

They’re seeing links between beliefs in Covid-19 falsehoods and the reliance on social media as a source of news and information.

And they’re concluding Covid-19 conspiracy theories persist by providing a false sense of empowerment. By offering hidden or secretive explanations, they give the believer a feeling of control in a situation that otherwise seems random or frightening.

The findings have implications not only for pandemic response but for the next “infodemic”, a term used to describe the crisis of Covid-19 misinformation.

“We need to learn from what has happened, to make sure we can prevent it from happening the next time,” said former US Surgeon General Richard Carmona, who served in George W. Bush’s administration. “Masks become a symbol of your political party. People are saying vaccines are useless. The average person is confused: Who do I believe?”

About one in four Americans said they believe the pandemic was “definitely” or “probably” created intentionally, according to a Pew Research Center survey from June. Other conspiracy theories focus on economic restrictions and vaccine safety. Increasingly, these baseless claims are prompting real-world problems.

In January, anti-vaccine activists forced a vaccine clinic at Dodger Stadium in Los Angeles to close for a day. In Europe, dozens of cell towers burned because of bizarre claims that 5G wireless signals were triggering the infection. Elsewhere, a pharmacist destroyed vaccine doses, medical workers were attacked, and hundreds died after consuming toxins touted as cures – all because of Covid-19 falsehoods.

The most popular conspiracy theories often help people explain complicated, tumultuous events, when the truth may be too troubling to accept, according to Helen Lee Bouygues, founder and president of the Paris-based Reboot Foundation, which researches and promotes critical thinking in the Internet age.

Such theories often appear after significant or frightening moments in history: the moon landing, the Sept 11 attacks, or the assassination of President John F. Kennedy, when many found it difficult to accept that a lone, deranged gunman could kill the president. Vast conspiracies involving the CIA, the mob or others are easier to digest.

This drive is so strong, Cook said, that people often believe contradictory conspiracy theories. Roberts said his parents, for instance, initially thought Covid-19 was linked to cell towers, before deciding the virus was actually a hoax. The only explanations they didn’t entertain, he said, were the ones coming from medical experts.

Distrust of science, institutions and traditional news sources is heavily associated with stronger beliefs in conspiracy theories, as is support for pseudoscience.

Trust in American institutions has been further eroded by false statements from leaders like former president Donald Trump, who repeatedly downplayed the threat of the virus, suggested bleach as a treatment, and undermined his administration’s own experts.

Carmona said he was addressing a group of executives about the coronavirus recently when one man declared that the pandemic was created by the Chinese government and Democrats to hurt Trump’s reelection bid.

“When people start believing their own facts and rejecting anything the other side says, we’re in real trouble,” he said.

A shared distrust in American institutions has helped to unite several groups behind the banner of Covid-19 conspiracy theories. They include far-right groups upset about lockdowns and mask mandates, anti-vaccine activists and adherents of QAnon, who believe Trump is waging a secret war against a powerful cabal of satanic cannibals.

Besides gaining insight into Covid-19 conspiracy theories, researchers are thinking about what works – and what doesn’t – when it comes to talking to friends and family who have embraced baseless claims.

And they are finding possible solutions to the broader problem of online misinformation. They include stronger efforts by social media companies and new regulations.

Facebook, Twitter and other platforms have long faced criticism for allowing misinformation to flourish. They have acted more aggressively on Covid-19 misinformation, suggesting the platforms could do more to rein in misinformation about other topics, such as climate change, Cook said.

Addressing our species’ attraction to conspiracy theories might be more challenging. Teaching critical thinking and media literacy in schools is essential, experts said, since the Internet will only grow as a news source.

One example: Cambridge University researchers created the online game Go Viral!, which teaches players by having them create their own misleading content.

Studies show the games increase resistance to online misinformation, but like many vaccines, the effects are temporary, leading researchers to wonder, as Cook said, “How do you give them the booster shot?”

Someday, these games might be placed as advertisements before online videos, or promoted with prizes, as a way to regularly vaccinate the public against misinformation.

“The true fix is education,” said Bouygues. “Covid has shown us how dangerous misinformation and conspiracy theories can be, and that we have a lot of work to do.” – AP 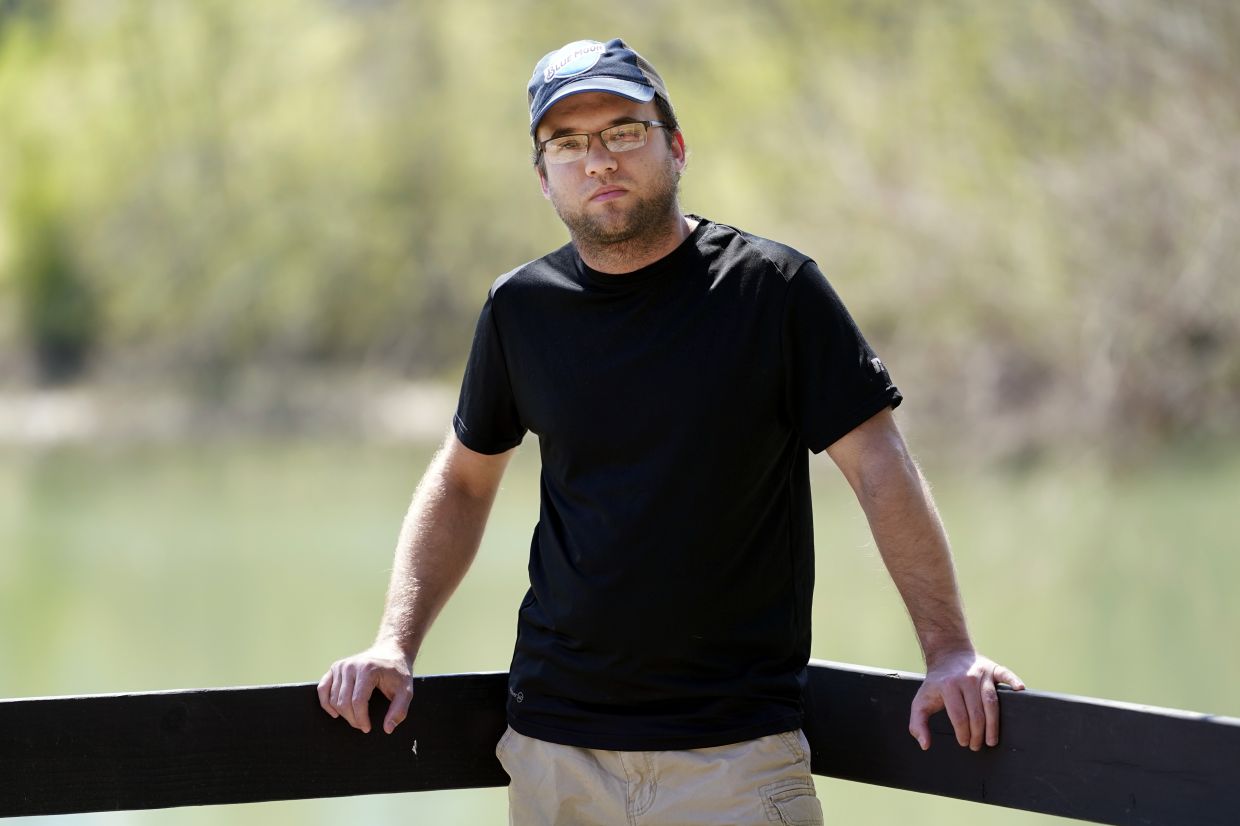 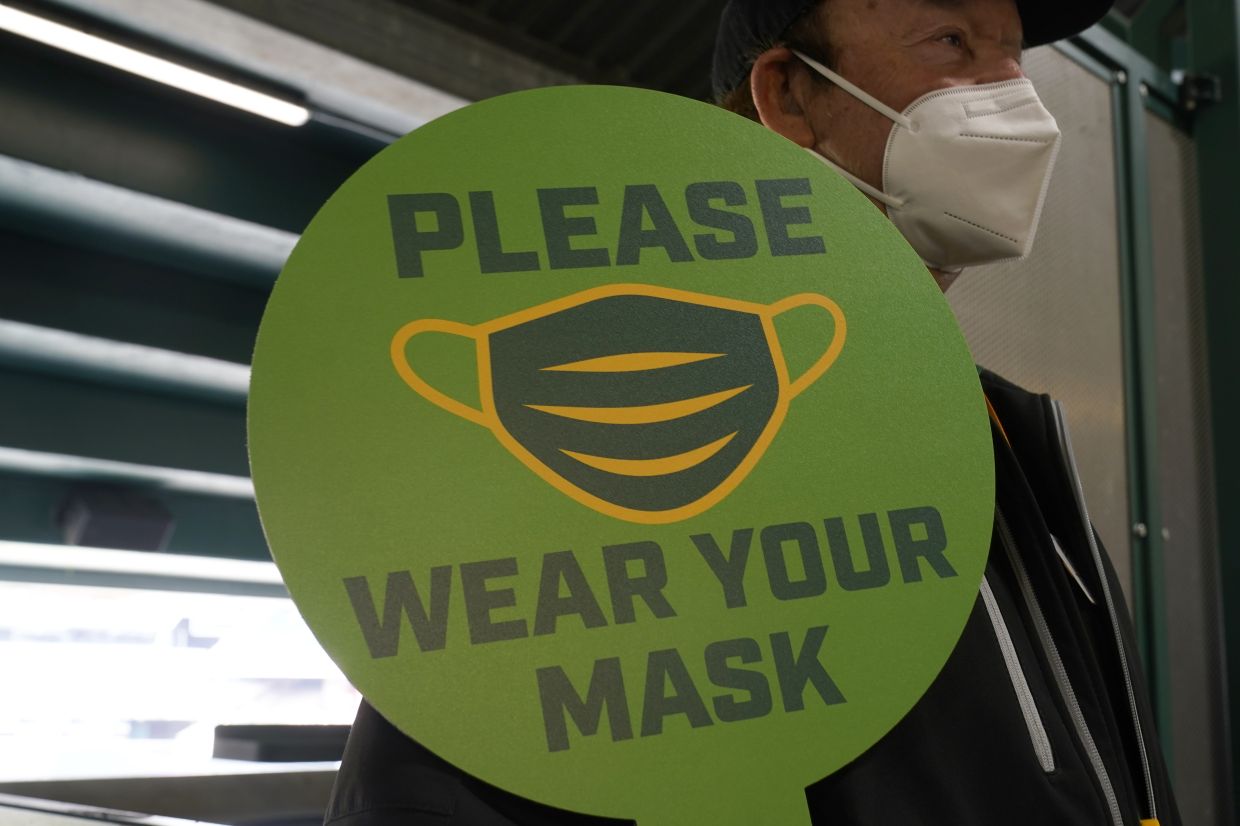 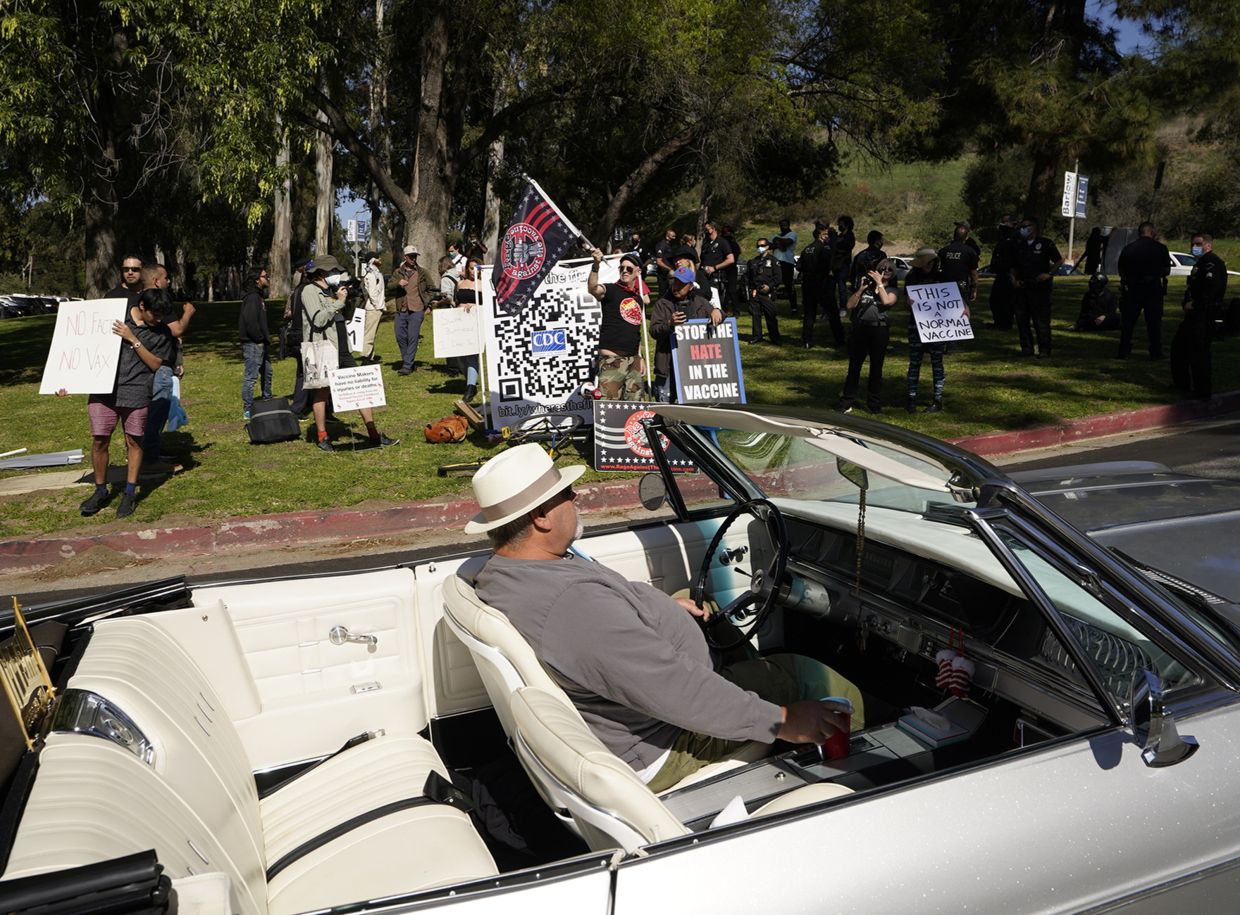 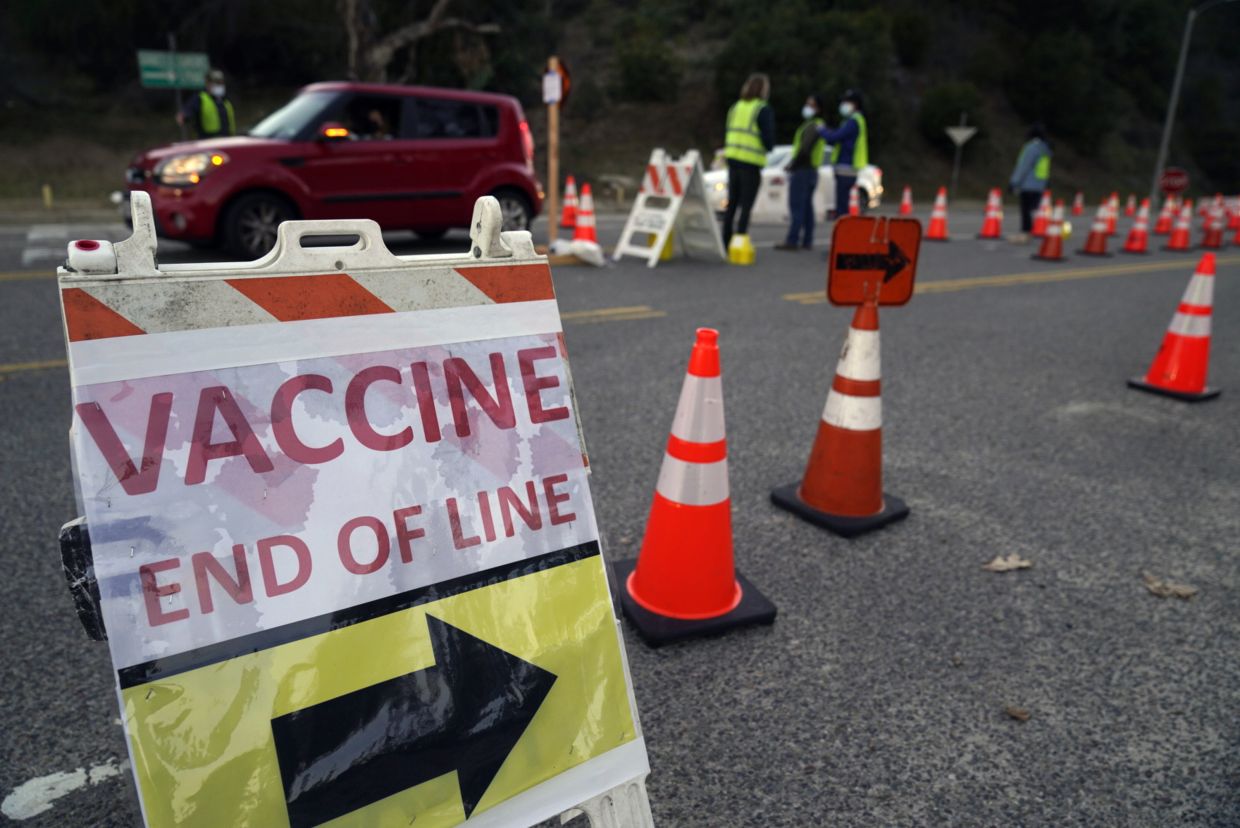 Daniel Roberts poses for a picture in McMinnville, Tennessee. Roberts received a Covid vaccine over the objections of his family, who are against being vaccinated. — AP

A stadium worker holds up a sign for people to wear face masks before a baseball game in Oakland, California. As the world struggles to break the grip of COVID-19, psychologists and misinformation experts are studying why the pandemic spawned so many conspiracy theories, which have led people to eschew masks, social distancing and vaccines. — AP

A file photo of a driver in his convertible cruises past a small group of anti-Covid-19 vaccine protesters demonstrating at Elysian Park, outside the Dodger Stadium vaccination mass center in Los Angeles. As the world struggles to break the grip of Covid-19, psychologists and misinformation experts are studying why the pandemic spawned so many conspiracy theories, which have led people to eschew masks, social distancing and vaccines. — AP

A file photo of drivers with a vaccine appointment entering a mega Covid-19 vaccination site set up in the parking lot of Dodger Stadium in Los Angeles, a day after it was temporarily shut down while protesters blocked the entrance. — AP

Boxes containing the Pfizer-BioNTech Covid-19 vaccine are loaded onto a truck for shipping at the Pfizer Global Supply Kalamazoo manufacturing plant in Portage, Mich. As the world struggles to break the grip of Covid-19, psychologists and misinformation experts are studying why the pandemic spawned so many conspiracy theories, which have led people to eschew masks, social distancing and vaccines. — AP

Even seemingly ‘small groups’ on Facebook can encourage vaccine scepticism