(Reuters) - The U.S. Supreme Court handed Alphabet Inc's Google a major victory on Monday, ruling that its use of Oracle Corp's software code to build the Android operating system that runs most of the world's smartphones did not violate federal copyright law.

In a 6-2 decision, the justices overturned a lower court's ruling that Google's inclusion of Oracle's software code in Android did not constitute a fair use under U.S. copyright law.

Justice Stephen Breyer, writing for the majority, said that allowing Oracle to enforce a copyright on its code would harm the public by making it a "lock limiting the future creativity of new programs. Oracle alone would hold the key."

Oracle and Google, two California-based technology giants with combined annual revenues of more than $175 billion, have been feuding since Oracle sued for copyright infringement in 2010 in San Francisco federal court. Google had appealed a 2018 ruling by the U.S. Court of Appeals for the Federal Circuit in Washington reviving the suit.

The ruling spares Google of a potentially massive damages verdict. Oracle had been seeking more than $8 billion, but renewed estimates went as high as $20 billion to $30 billion, according to two people with knowledge of the situation.

"The decision gives legal certainty to the next generation of developers whose new products and services will benefit consumers," said Kent Walker, Google's senior vice president of global affairs.

Oracle's lawsuit accused Google of plagiarizing its Java software by copying 11,330 lines of computer code, as well as the way it is organized, to create Android and reap billions of dollars in revenue. Android, for which developers have created millions of applications, now powers more than 70% of the world's mobile devices.

Dorian Daley, Oracle's executive vice president and general counsel, said that with the ruling "the Google platform just got bigger and market power greater" and "the barriers to entry higher and the ability to compete lower."

"They stole Java and spent a decade litigating as only a monopolist can. This behavior is exactly why regulatory authorities around the world and in the United States are examining Google's business practices," Daley said.

Technology industry trade groups cheered the ruling, saying an Oracle victory in the case would have inhibited competition by making it harder to use programming elements to ensure computer interoperability.

The ruling sidestepped the question over whether Oracle's code was entitled to copyright protection in the first place.

In a dissenting opinion, Justice Clarence Thomas, joined by Justice Samuel Alito, said the court should have found that Oracle's work deserved a copyright and Google's use was "anything but fair." Noting that Apple Inc and Microsoft Corp did not resort to copying like Google to create mobile operating systems, Thomas said the ruling will harm competition.

If "companies may now freely copy libraries of declaring code whenever it is more convenient than writing their own, others will likely hesitate to spend the resources Oracle did to create intuitive, well-organized libraries that attract programmers and could compete with Android," Thomas wrote.

Google twice lost at the Federal Circuit, in 2014 and 2018. A jury cleared Google in 2016. The Federal Circuit overturned that decision in 2018, finding that Google's incorporation of elements of Oracle's "application programming interfaces" was not permitted under the fair use doctrine, rejecting Google's argument that by adapting them to a mobile platform it transformed them into something new.

Justice Amy Coney Barrett did not participate in the ruling. She had not yet joined the court when arguments were held on Oct. 7. 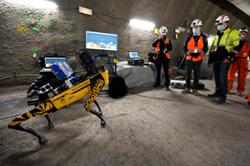