The upcoming SEA games in Vietnam marks the second time eSports was included as a medal event, following the 2019 edition held in the Philippines. — IZZRAFIQ ALIAS/The Star

The South-East Asian (SEA) Games will again feature eSports as a medal event, with contests across multiple game titles.

There was also a separate category for solo play for PUBG Mobile, and separate categories for men’s and women’s teams for mobile multiplayer online battle arena game, League Of Legends: Wild Rift.

The Malaysia Esports Federation revealed the list, based on information from its Vietnamese counterpart Vietnam Recreation and eSports Association (Viresa).

It also called on Malaysian eSports players to represent the country by registering and training through its website.

The 31st SEA Games will be held at the Vietnam National Convention Center in Hanoi, Vietnam from Nov 21 to Dec 2.

This was the second time eSports was included as a medal event, following the 30th South-East Asian Games in Manila, Philippines in 2019. 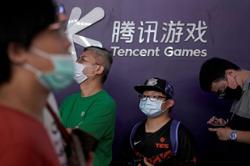