Things generally don’t turn out well when a social media ad from a company you’ve never heard of invites you to “make money fast.”

Alarm bells should be ringing if their seemingly legitimate site is asking for cryptocurrency payments only.

That’s because even after the rise of Bitcoin value during the pandemic, cryptocurrency is still largely being used for three nefarious purposes: extortion, illegal payments on the dark web and online scams.

Online security experts are now warning crypto owners to watch out for the latter, as a growing number of scams on social media are luring people with false promises of instant profits.

Once you wire Bitcoin, Ethereum or Ripple to any website promising to double your money, it’s probably gone forever, say the scam watchdogs at Austrian website Watchlist Internet. The only thing you can do is tell the police.

The scams will often appear as ads when you’re scrolling through your Facebook timeline, for instance, and can also be seen on video platforms and forums.

The production value is usually high and the websites themselves appear professional and trustworthy. In addition, you’ll see lots of fake testimonials intended to get you to act fast to make money. – dpa 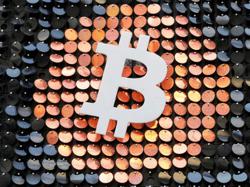