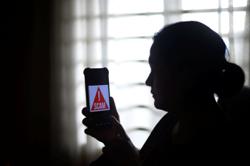 Founded in 2006, Lemon Sky is an art outsourcing studio with more than 300 creative talents. — Filepic

"The allegations made against Lemon Sky Studios regarding overtime payments are factually and legally inaccurate. This position applies to all employees of Lemon Sky Studios (including former employees)," the Selangor-based company said in a statement to LifestyleTech.

Founded in 2006, Lemon Sky is an art outsourcing studio with more than 300 creative talents. Its list of clients include Naughty Dog (the maker of hit The Last Of Us and Uncharted), Blizzard Entertainment (World Of Warcraft, Overwatch), Disney and Nickelodeon.

The statement was issued after a United Kingdom-based channel posted a YouTube video claiming that former employees, who were not named, were made to work for more than 12 hours, sometimes without compensation, to complete game development work.

The channel went so far as to claim that the former employees have seen their colleagues cry at work due to the stress.

The video was made to highlight that major game publishers outsourced time-consuming development work to companies based in Asia in a bid to minimise cost.

The channel said it had reached out to Lemon Sky for comments but did not receive any feedback.

Lemon Sky said it will abide by all Malaysian employment laws regarding work hours and contractual terms and conditions of employment with employees.

"Accordingly, we are surprised that such allegations are targeted at Lemon Sky," it said.

It added that it will now take appropriate measures in regards to the allegations.

"This will include a process for obtaining feedback from all of our employees regarding their individual concerns," it said.

The company claimed it takes employee well-being and mental health seriously, adding that its staff members have access to recreational facilities and a space to prioritise mental health. 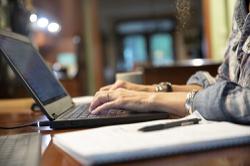