While Xi Jinping’s government has long identified data as a key resource, it’s the first time that the opening up of data amassed by private-sector companies has been included in the country’s top economic guidelines. — Reuters

China called on its technology giants to share key data, dealing a further blow to the companies already reeling from heightened antitrust scrutiny.

Companies are encouraged to open up data related to areas from search to e-commerce and social media, in order to promote the healthy development of the sharing and online economies, according to a government report outlining the Communist Party’s top priorities for the next five years. Beijing is also establishing a platform for sharing public and government data.

While Xi Jinping’s government has long identified data as a key resource, it’s the first time that the opening up of data amassed by private-sector companies has been included in the country’s top economic guidelines. Beijing in November launched a sweeping crackdown on alleged monopolistic practices in its giant Internet industry, worried about the growing influence of its largest private corporations thanks to the vast swathes of information they’ve hoovered up.

Industry behemoths Alibaba Group Holding Ltd and Tencent Holdings Ltd as well as up-and-coming competitors like ByteDance Ltd and Meituan have at their disposal vast amounts of proprietary information, gathered from the hundreds of millions of consumers shopping on their platforms and using social-media apps like WeChat and Douyin. Surrendering that data could undermine their market-leading positions and deal a heavy blow to their ability to squeeze out smaller competitors.

Antitrust regulators in November unveiled new rules to stamp out monopolistic practices in its tech industry, cracking down on practices such as forced exclusive arrangements with merchants known as “Pick One of Two” to algorithm-based prices favouring new users. Beijing also intends to better regulate the collection and use of consumer data, according to a plan by the general offices of the powerful Communist Party Central Committee and the State Council, the cabinet.

The 14th Five Year Plan released on Friday didn’t provide specific details on how companies should share their data.

“China’s thinking on data policy has made a game-changing evolutionary leap,” Kendra Schaefer, head of digital research at Trivium China in Beijing, said before the National People’s Congress. “Increasingly, in the eyes of Chinese policymakers, creating the legal and technical infrastructure to support the marketisation of data is not a nice-to-have, but an immediate economic imperative.”

Data ownership and security has long been a flash point between China and rival nations, especially the US. Under the Trump administration, Washington had sought to ban services by ByteDance and Tencent, arguing that the companies could allow Beijing to gather data from tens of millions of American users. Corporations are already required to provide access to their technology and assist with investigations involving crime and national security, under a 2017 Cybersecurity Law.

Beijing’s stance is echoed by at least one of its tech moguls. “To grab users, every app is spending huge resources in building up content that can only be viewed within the app,” Baidu Inc’s Robin Li said in a proposal to China’s top lawmaker. The effectiveness of his company’s leading search engine relies on open online information. “They become ‘information islands’ separated from each other.” He suggested the government set up a pilot programme to break up such barriers among internet services vital to daily lives. – Bloomberg 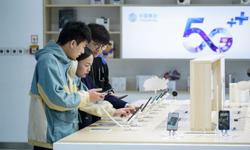 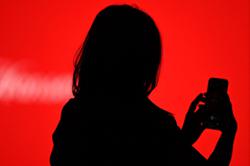