Lease sales of the level 3 Legend would be limited to 100 cars at a retail price of 11 million yen ($102,000). But Japan's No.2 automaker is stepping up its game in self-driving technology as global competitors aim for fully autonomous vehicles.

WHAT EXACTLY IS LEVEL 3?

There are different levels of automation, from levels 0 to 5, according to the Society of Automotive Engineers and most automakers. https://www.sae.org/news/2019/01/sae-updates-j3016-automated-driving-graphic

Level 3, also known as conditional driving automation, involves automated features which allow drivers to engage in activities behind the wheel, such as watching movies or using smartphones - but under limited conditions - while their car navigates expressway traffic.

Besides Honda, several automakers including Daimler AG's Mercedes-Benz have said they are ready to deploy Level 3 systems for highway driving.

OTHER LEVELS OF AUTOMATED DRIVING

Levels 0 to 2 involve driver support features such as automated braking systems and lane departure warnings that need to be supervised by a driver. Liability for vehicle behaviour rests with the car owner rather than the manufacturer.

Most global automakers that develop autonomous driving technology such as General Motors Co , Volvo and Toyota Motor Corp, currently offer vehicles equipped with a level 2 automation system. This means vehicles can accelerate, brake and steer without driver input, but drivers are required to remain engaged at all times.

A level 5 vehicle, on the other hand, is fully autonomous and can navigate roads without any human attention in all conditions.

HOW DOES HONDA'S LEVEL 3 WORK?

The system can alert the driver to respond when handing over the control, for example via vibration on the driver's seatbelt.

And if the driver is unresponsive, the system will assist with an emergency stop by decelerating and stopping the vehicle while alerting surrounding cars with hazard lights and the horn. 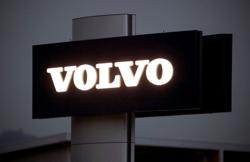