The videos posted by the ‘@deeptomcruise’ account have been watched millions of times in just a few days. — AFP Relaxnews

No, it’s not Tom Cruise. TikTok users have been in a state of total confusion since a user account posted three videos featuring what appears to be the Hollywood star.

These impressive videos are, in reality, deepfakes. But they still managed to sow seeds of doubt among Internet users, and have even served to fuel certain conspiracy theories.

“This is fascinating and scary at the same time,” commented the influencer, Daniel Mac on the first video shared by the “@deeptomcruise” TikTok account. His comment more or less sums up the reaction of many social media users to these videos.

In just a few days, this account has taken users of the platform for a ride by posting videos supposedly featuring Tom Cruise. But the videos are “deepfakes”, or videos created by artificial intelligence, as explains The Daily Beast, also pointing out that the person in these videos looks younger and taller than the American actor.

Other elements also hint at the questionable authenticity of these videos, such as the sound, which seems to have been reworked. As yet, Tom Cruise hasn’t commented on this recent buzz on his official social media accounts, and the TikTok account in question offers no details in its bio.

However, just three days after posting its first video to the Chinese platform, the “@deeptomcruise” account has already gained over 200,000 followers and millions of views. The videos are strangely disturbing, showing the actor playing golf, falling to the ground and doing a magic trick. In the first video, which has been watched over 5.5 million times, the actor mysteriously says: “If you like what you're seeing, just wait ‘till what’s coming next.”

The incredible realism of these videos has proved disturbing to many Internet users, who shared their disbelief and their concerns in light of this kind of trickery: “So you’re telling me this isn’t actually Tom Cruise,” commented several web users, while others admit that they didn’t realise that the video was a deepfake until they saw the comments.

Very soon, other TikTok users began highlighting the dangerous potential of such videos: “Can we just think about how dangerous this is?”, “This is so scary”, “I am genuinely terrified”, read user comments on the first video.

Such suspicions even lead some to start questioning information in the media – a boon for conspiracy theories, which are flourishing on social media. On TikTok, users have already posted video reactions to these deepfakes, denouncing potential use by the media to “manipulate public opinion”. – AFP Relaxnews

Love, tech and online abuse of women in the time of coronavirus 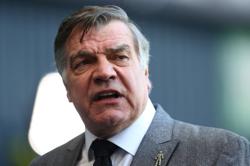