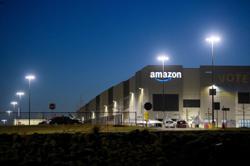 US President Joe Biden tells Amazon not to block employees' effort to unionise, but stop short of backing the union's efforts. — AFP

President Joe Biden is voicing support for organising efforts at an Amazon.com Inc. warehouse in Alabama, saying workers should be able to make their own choice about whether to join a union, free from pressure and threats from the company.

While not an explicit endorsement of the organising effort, Biden made his preference clear. "There should be no intimidation, no coercion, no threats, no anti-union propaganda,” he said in the video. "No supervisor should confront employees about their union preferences. You know, every worker should have a free and fair choice to join a union. The law guarantees that choice.”

The effort at the facility in Bessemer, Alabama, is the largest organising push in Amazon’s nearly three decades. The company has fought off previous unionisation drives and is working against this one, though its efforts to delay a vote have so far failed. Mail-in voting for 6,000 workers began in mid-February and will continue until the end of March.

Biden’s allies in labor had been urging him to weigh in, arguing it wasn’t enough for him to speak only generally about his support for organising and not to use the platform of the presidency to help the organising push.

"It’s important for the administration to demonstrate during this campaign its support for unionisation, ” Stuart Appelbaum, president of the group that hopes to represent the Alabama workers, the Retail, Wholesale and Department Store Union, told the Huffington Post last week. Appelbaum is also a longtime member of the Democratic National Committee.

"As President Biden points out, the best way for working people to protect themselves and their families is by organising into unions, ” Appelbaum said in a statement after the Biden video was published. "And that is why so many working women and men are fighting for a union at the Amazon facility in Bessemer, Alabama.”

Three dozen left-leaning groups, including the American Economic Liberties Project, the Working Families Party and the UNITE HERE union, wrote to Biden on Thursday urging that he publicly back the unionisation effort.

Noting that he campaigned on a pledge to be "the most pro-union president you’ve ever seen, ” the groups told Biden that "this is a once-in-a-generation opportunity to make that pledge a reality. We urge you to lend all your support to the Amazon workers in Bessemer. They deserve nothing less.”

The company didn’t immediately respond to a request for comment. – Bloomberg 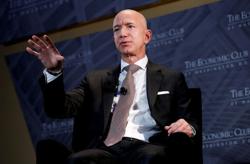