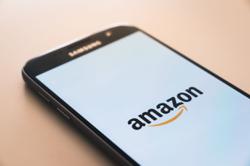 FILE PHOTO: The logo of Amazon is seen at the company logistics centre in Boves, France, November 5, 2019. REUTERS/Pascal Rossignol/File Photo

NEW DELHI (Reuters) - It was early 2019, and senior Amazon.com Inc executive Jay Carney was preparing for an important meeting. The former press secretary to U.S. President Barack Obama, Carney was scheduled to talk with India's ambassador to the United States in Washington, D.C. In Delhi, the Indian government had just announced foreign direct investment regulations that threatened to disrupt Amazon's business in the world's second most populous country.

Before the meeting, Amazon employees prepared a draft note for Carney. The note, reviewed by Reuters, advised Carney what to say – and what not to say. 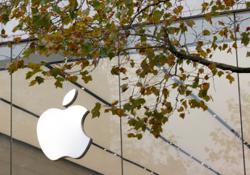 Man behind the iPod launches new cryptocurrency wallet
Microsoft mulls building 'super app' - The Information
EU raises concerns over Meta's targeted ad model - WSJ
Volkswagen CEO to present software 'reality check' to board on Dec 15
Meta Oversight Board calls for overhaul of controversial 'cross-check' system for VIPs
Former US high school science teacher found guilty of secretly recording people in his home
‘How about me’? Man’s question about Most Wanted list leads to his arrest in US
Mercedes opens its first EV-only dealership in the world in Japan
Russian state-owned bank VTB hit by largest DDoS attack in its history
Snowmobiler stranded in dark, frigid Alaska wilderness – until iPhone feature saved him