A cyclist takes a photo with his mobile phone in front of the Merlion statue in Singapore. Forty-five percent of respondents said they were scammed more than once. — AFP

SINGAPORE: Lightning could strike the same place twice for scam victims, as a survey has found that they are likely to fall prey again.

Some 45% of scam victims said they had been scammed more than once between August 2019 and September last year, a survey by the Home Team Behavioural Sciences Centre (HTBSC) revealed on Monday.

The online survey, which was conducted between August and September last year, polled 4,043 participants comprising Singapore citizens and permanent residents.

They answered questions on their scam experiences, online practices and perception of scam prevention initiatives, among others.

Six in 10 respondents said they had encountered scams in Singapore, on an average of 3.17 times a month.

Seven percent said they had fallen prey to scams before. Of these, nearly half of them were young people and working adults aged between 20 and 39 years old.

Said Whistine Chai, assistant director of the crime, investigation and forensic psychology branch at HTBSC: “Youths are more tech savvy and they spend a lot of time online... They might engage in activities such as online banking or going through social media that increases their exposure to scammers.

“We also found that youths are likely to be more impulsive and complacent. They (tend) not to stop and think, or check with others before acting,” she added.

In its annual crime brief last week, the Singapore Police Force said the record number of scams reported last year pushed the overall crime rate to its highest since 2009.

The survey found that the majority of scam victims have poor online hygiene practices, as they tend to click on pop-up advertisements on websites, or open e-mails from unknown sources.

Even though over 80% of victims had seen anti-scam public campaigns before, many of them still had a poor understanding of what safe online practices entail.

For instance, 49% of scam victims wrongly believed that the authorities will send them SMS or e-mails with links to click on to verify their information.

Thirty-seven percent of victims fell for the false belief that it is common practice to share password or OTPs.

Scam victims were also found to lack “protective factors” such as knowledge of scam tactics, financial literacy and social support from friends and family. – The Straits Times (Singapore)/Asia News Network 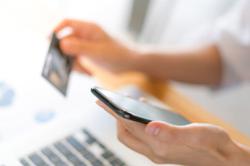 Naspers, Prosus to sell Tencent shares to fund buybacks
Australian retail giants targeted in facial recognition tech complaint
‘They’ said they had US woman’s son. ‘They’ demanded money. So began the days of waiting and crying
US Army private who plotted to kill members of his own unit overseas abandons Internet fantasy chat defence
A US$2 trillion free-fall rattles crypto to the core
US abortion reversal spurs online data fears
Twitter embraces blog mode with a new long-form text option
The crypto-themed restaurant that no longer accepts crypto
Chicago network plans to remodel computing, medicine, cybersecurity
Ordering take-out was a life-saver for this woman