More new podcasts launched in 2020 thanks to the pandemic 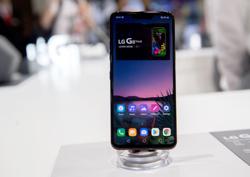 Another noteworthy trend was the rapid growth in non-English-language podcasts, with just under half of the new programs coming in other languages. — AFP Relaxnews

According to New York-based Chartable, a total of 885,262 new podcasts were launched worldwide in 2020, almost triple the 318,517 new offerings the year before.

During initial lockdowns in March and April, Chartable said podcast downloads took a hit as routines and commutes were upended.

"However, all that listening returned quickly as people developed new routines for the lockdown/shelter-in-place era," the firm said in a blog posting.

About 30% of new podcasts only have one or two episodes, with content creators trying out the medium.

But almost one-quarter of "podcasts started in 2021 have already published more than 10 episodes," Chartable said.

Another noteworthy trend was the rapid growth in non-English-language podcasts, with just under half of the new programs coming in other languages.

Hindi-language podcasts grew the quickest, with a 14-fold increase, followed by Chinese, Portuguese, Indonesian and Spanish.

At the same time, Spotify, which has invested heavily in podcasts, saw its audience share increase steadily.

Ad revenue also rose, up 15% over 2019, with 160 new advertisers turning to podcasts each week. – AFP Relaxnews