By Nico Grant and Lucas Shaw

Google is the target of several antitrust cases in the US, while YouTube has faced mounting scrutiny for its role in spreading misinformation. — AP

YouTube chief executive officer Susan Wojcicki highlighted the video service’s economic contributions in the midst of regulatory scrutiny over its market power and handling of misinformation.

The world’s largest video site, owned by Alphabet Inc’s Google, has paid more than US$30bil (RM121.38bil) to content creators, artists and media companies in the last three years, Wojcicki wrote in a letter published on Tuesday. YouTube’s ecosystem contributed about US$16bil (RM64.73bil) to US gross domestic product in 2019, supporting the equivalent of 345,000 full time jobs, she added, citing an Oxford Economics report.

“We’re focused on delivering on our key priorities: growing the creator economy, living up to our responsibilities, helping people learn new skills, and building for the future of YouTube,” Wojcicki wrote. “We’re also committed to working with governments around the world as we face increasingly complicated regulatory issues.” The company is working to make sure policy makers understand how their decisions impact YouTube’s creators, she added.

Google is the target of several antitrust cases in the US, while YouTube has faced mounting scrutiny for its role in spreading misinformation. A group of Democratic senators recently wrote a letter to YouTube and other internet companies asking them to do more to combat Covid-19 misinformation.

Wojcicki said Tuesday the company has removed more than 500,000 videos making false claims about the coronavirus since February, and it continues to refresh its policies to keep up to date with the science. – Bloomberg 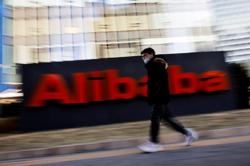