TikTok’s owner doubles sales to US$35bil despite US ban 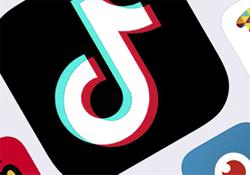 ByteDance Ltd’s revenue more than doubled to about US$35bil (RM141.56bil) last year, defying heightened global competition and Trump’s attempt to ban its signature video service TikTok in the US.

The Chinese company managed to grow operating profit to roughly US$7bil (RM28.31bil) in 2020 from less than US$4bil (RM16.17bil) the prior year, a person familiar with the matter said. That’s in a year when former US president Donald Trump sought to ban TikTok and force its sale to American investors led by Oracle Corp. With Joe Biden in office, the company is moving closer toward listing part of its social media empire in Hong Kong. The Information first reported on ByteDance’s 2020 financials.

ByteDance’s phenomenal growth stems from the global success of teen phenom TikTok and its Chinese twin Douyin, which helped pioneer a new form of social video and undercut rivals from Facebook Inc to Tencent Holdings Ltd. Last valued at about US$180bil (RM728.06bil), the company is said to be exploring an initial public offering for some of its businesses in Hong Kong, including Douyin. A ByteDance spokesperson declined to comment.

But one major uncertainty remains for ByteDance: whether the Biden administration will follow through on its predecessors’ actions.

Founded by Zhang Yiming in 2012, ByteDance built TikTok into one of the most popular apps around the world, with more than 100 million users in the US alone. The startup has more than quadrupled revenue from just US$8bil (RM32.35bil) in 2018 and now posts sales on par with the likes of Nike Inc and Coca-Cola Co.

But the Trump administration labelled the app a security threat and banned the service last year, contending the Chinese government could compel ByteDance to turn over the data of millions of young American users. Oracle and Walmart Inc then agreed to buy 20% of TikTok in a complex deal blessed by the former president.

Biden’s immediate priorities are curbing the pandemic and resuscitating the economy, and he has had little to say so far about TikTok. It’s possible ByteDance could work out a compromise with the new president that allows it to retain full or majority ownership – provided it can demonstrate American user data is secure.

Beyond the US, ByteDance has been stymied in India, where the government has banned scores of Chinese apps since June in the wake of deadly Himalayan border clashes. TikTok was among a clutch of services permanently banned after the latest skirmish, forcing its Chinese owner to scale back in the country, once its largest market globally.

“We have steadfastly worked to comply with the Indian order from June, even as we disagreed with it,” TikTok said in an emailed statement Wednesday. “Given the lack of feedback from the government about how to resolve this issue in the subsequent seven months, it is with deep sadness that we have decided to reduce our workforce in India.”

As the TikTok and Indian sagas raged, Zhang has put more effort into nascent Chinese-focused businesses from gaming and education to e-commerce, while fine-tuning ByteDance’s management structure, the person said, asking not to be identified discussing internal matters.

During a December town hall meeting attended by ByteDance’s 100,000-plus employees, Zhang said TikTok’s user growth slowed in 2020’s second half because of new competition from Youtube and Snap Inc, according to attendees who asked not be identified discussing private events. But he emphasised that its growth potential still outstripped Douyin’s, they said. – Bloomberg 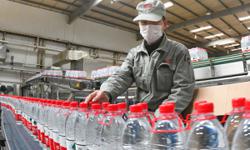