Parler will still be able to pursue its lawsuit alleging that its cutoff by Amazon Web Services was a politically motivated decision to favour Twitter. But Rothstein made clear that the evidence of an antitrust violation, so far, is thin. — Bloomberg

Parler LLC failed to convince a judge to order Amazon.com Inc to immediately resume hosting the social media platform popular with conservatives, leaving it hobbled while it relies on a Russian-owned service for a bare-bones web presence.

Thursday’s ruling is a significant blow for the site that found its niche as a voice for aggrieved Donald Trump supporters and right-wing dialogue. It’s a victory for critics including Amazon who say Parler has proved incapable of policing violent content, particularly in the period leading up to and following the Jan 6 mob attack on the Capitol.

Parler will still be able to pursue its lawsuit alleging that its cutoff by Amazon Web Services was a politically motivated decision to favour Twitter. But US District Judge Barbara Rothstein in Seattle made clear that the evidence of an antitrust violation, so far, is thin.

“Parler has failed to do more than raise the specter of preferential treatment of Twitter by AWS,” Rothstein said in her ruling, which also rejected Parler’s argument that AWS broke their contract. “Importantly, Parler has submitted no evidence that AWS and Twitter acted together intentionally – or even at all – in restraint of trade.”

Cloud services are increasingly dominated by fewer, bigger companies that can provide the web infrastructure and cybersecurity services social media services require, Parler argued in a court filing Monday. The platform said it tried to register with six potential providers, all of which were spooked by what happened with AWS, before a Russian-owned web security service, DDoS-Guard, agreed to host it in a diminished form.

“There is simply no way for Parler to remain competitive and therefore viable without using someone else’s servers,” Parler said in the filing. “And AWS knew this when it pulled Parler’s plug.”

Public data associated with the Parler.com domain name shows that one of the Internet servers it directs visitors to is routed via DDoS-Guard. Currently, Parler’s home page displays a message under the heading “Technical Difficulties” that says it plans to resolve its challenges and welcome visitors back soon.

“We believe privacy is paramount and free speech essential, especially on social media,” the message says. “Our aim has always been to provide a nonpartisan public square where individuals can enjoy and exercise their rights to both.”

Parler’s lawyer, David J. Groesbeck, and a spokeswoman for the company didn’t immediately respond to requests for comment.

“This was not a case about free speech,” a spokesperson said in an email. “It was about a customer that consistently violated our terms of service by allowing content to be published on their website that actively encouraged violence (and without an effective plan to moderate it).”

Rothstein said she was convinced by AWS’s argument that forcing it to host Parler’s users’ violent content would interfere with the ability to prevent its services from “being used to promote – and, as the events of January 6, 2021 have demonstrated, even cause – violence.”

“That event was a tragic reminder that inflammatory rhetoric can – more swiftly and easily than many of us would have hoped – turn a lawful protest into a violent insurrection,” the judge wrote.

After the riot, Apple Inc and Alphabet Inc’s Google removed Parler from their app stores. Parler is pushing forward with its demand for Amazon to restore service.

“Parler is an Internet company that cannot get on the Internet,” it argued in the filing. “And the longer Parler lies dead, the harder it will be to resuscitate.”

A spokeswoman for DDoS-Guard said this week the company was not hosting Parler and declined to comment on what services it was providing to the social media app. It confirmed it did store customer data as part of its offering. – Bloomberg 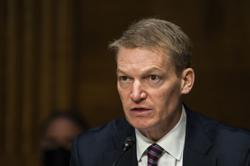 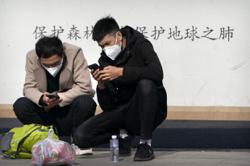