State Police walk in House Office building ahead of a protest outside of the Michigan State Capitol building in downtown Lansing on Sunday, Jan 17, 2021. — Detroit Free Press/TNS

When a pro-Trump mob stormed into the US Capitol on Jan 6, rioters didn’t just smash windows and break furniture. They also pilfered at least two laptops: one from the office of Oregon Democratic Sen. Jeff Merkley, another from a conference room used by Democratic House Speaker Nancy Pelosi.

The next day, House administrative officials notified members’ offices that while there weren’t any indications the network had been compromised, they had taken several actions to secure and protect sensitive information, including locking computers and shutting down wired network access.

As state capitols brace for the threat of armed pro-Trump rioters at Wednesday’s presidential inauguration, information technology experts warn that officials must beef up not only their physical security but also their cybersecurity.

“There are many cyberthreats, and everything’s heightened right now,” said Dan Lohrmann, chief security officer for Security Mentor, a national security training firm that works with states. “If hackers could push a button and destroy data or cause problems with the functioning of government, that’s a big fear.”

Legislative IT officials must be prepared for both in-person and remote attacks, cybersecurity experts say. They recommend that legislators’ and staffers’ laptops and other electronic devices be locked or secured and hard drives encrypted. State legislatures also should be using two-factor authentication, a second method of confirming identity online before someone logs in, usually by entering a randomised one-time password or number sent to a smartphone or email address.

“We’d like to think all laptops are encrypted and that there is two-factor authentication,” Lohrmann said, “but I know that those policies aren’t followed in all states.”

In Washington state, where Democratic Gov. Jay Inslee has called up as many as 750 National Guard members to help protect the state Capitol, legislative IT officials also have been preparing, said Michael Norris, cybersecurity administrator for the state's Legislative Service Center.

“We’re ready to go, in the event that something like what happened in Washington, D.C., happens here,” Norris said. “We’re prepared to lock computers and disconnect them from the network.”

An incident response plan is in place, as are multiple levels of security, Norris said. Laptops and devices already are encrypted, and legislative staffers and members use two-factor authentication.

“Are we perfect? No,” he said. “But we’re definitely going to prepare for it as best as we can.”

Someone who breaks into a state capitol could get access to a computer in a locked office, take the machine apart and remove the disk, which is where data is stored, said Clifford Neuman, a computer science professor and director of the Center for Computer Systems Security at the University of Southern California.

Then the intruder could connect it to their own computer and read the data without using login credentials.

Hackers who get physical access to technology also could insert malicious software that compromises a device’s security, said Neuman.

Computers in state capitols should have “whole disk encryption”, Neuman said, which means all the data on the hard disk is already scrambled so that if someone steals the disk, the data is inaccessible.

Alongside such encryption, Neuman said, legislators and staffers also need to log off or lock screens when they step away from their desks, even if briefly.

“These are all things that organisations should do under normal conditions,” he said, “but it is especially important now.”

Newman said cyberattacks were not a priority for most of the mob that breached the US Capitol, but noted that some were involved in groups that could be described as domestic terrorists.

“They may have a broader agenda,” he said, “and that could apply at the state level as well.”

IT officials in state capitols don’t just need to be vigilant for cyber threats from demonstrators overrunning offices and swiping equipment, experts say. They also need to be on guard for hackers breaking into networks remotely and introducing malware through such means as denial-of-service attacks, in which they try to knock a website offline by flooding it with traffic, or phishing, in which victims unwittingly click on emailed links designed to poach personal information.

“There is a huge level of concern across all 50 states about malware. They’re looking for things that already could be in place,” said Lohrmann, a former state chief information security officer in Michigan. “People can do quite a bit to remotely control or disable equipment, to shut down networks completely.”

Washington state’s Norris said he is especially worried about a remote cyberattack and has been coordinating with the state executive branch’s chief information security officer to find out what additional monitoring and protection the legislative side needs.

One of the biggest fears is the disruption of government, said Jeff Ford, chair of the National Association of Legislative Information Technology, an organisation of IT professionals that is a subgroup of the National Conference of State Legislatures (NCSL).

“This is a very high concern,” said Ford, who also is chief technology and security officer for the Indiana Legislative Services Agency.

In many states, for example, information must be made public in advance for a certain period before legislators can hear it in committee and vote on it. If legislative websites, servers or network infrastructure are taken down by hackers, Ford said, that could temporarily halt the entire process, because many legislatures have gone paperless.

“Other than physically marching in and breaking windows and storming legislatures,” he said, “we’re equally concerned about protecting the data and the technology resources that drive the legislative process.”

For hacktivists, who blend hacking and activism for a political or social cause, disrupting government often is a key goal. For years, online activists have targeted state and local governments, freezing government servers, defacing websites and releasing hacked emails and data online.

“Even if they don’t get physical access to devices in capitols, hacktivists still could break in and that’s serious,” Lohrmann said. “For their followers, it shows force; it shows that they’re able to penetrate into the heart of government. I think that’s probably more likely than people storming capitols.”

Norris said his staff has been on the lookout for hacktivists, monitoring legislative websites closely and frequently discussing how to handle a potential attack.

“Disruption is one of the biggest risks facing legislatures right now,” Norris said. “If you would have asked me two months ago, I would have said the biggest risk is ransomware.” Ransomware hijacks government computer systems and holds them hostage until their victims pay a ransom or restore the system on their own.

The siege at the US Capitol and the threat of similar action in states has been a wake-up call for many legislative IT offices, Ford said.

“If they have not gotten the necessary funding in the past,” he said, “this could trigger some changes.”

Legislative branches should make cybersecurity a priority and figure out how it can be improved, even if it’s already a good programme, as it is in his state, said Utah Republican state Sen. Todd Weiler.

While state legislators’ computers don’t contain the personal information that state agencies’ do, such as residents’ Social Security numbers, birth dates and driver’s licenses, their devices still need to be secure, said Weiler, a member of NCSL’s cybersecurity task force.

“It’s not like we’re doing trade deals with Russia,” he said. “But I don’t think we can be too careful. We shouldn’t open the door and let hackers in. I’m sure there’s more we can do and that can be done.” – Stateline.org/Tribune News Service 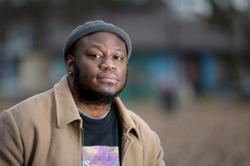 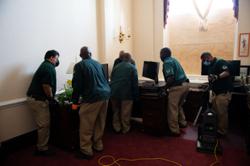