By Till Simon Nagel and Andrej Sokolow 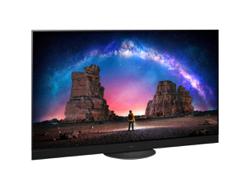 This year, the only chance to glimpse at the latest and greatest new screens from Samsung, LG, Sony and co is from your own computer screen.

That’s because the CES technology trade fair is taking place online this year, instead of in the casinos and event halls of Las Vegas.

But even if we don’t get to scrutinize the promises of 8K quality and AI-enhanced image touted by manufacturers in person, the technical leaps heralded at this year’s CES means our TVs are set to get brighter, more colourful, more mobile - and also a little greener.

The magic word this year is mini-LEDs. Larger than the extremely high-priced micro-LEDs, but smaller than previous light-emitting diodes, mini-LEDs are supposed to bring more colour and contrast to screens.

These small, coloured light dots are not as bright as the previous LEDs, but there are many more of them. The result is just as much or even more light and much clearer colour gradations.

An example: A particularly bright object against a dark background. On current TV sets, light usually spills over into the dark area - something known as blooming.

Mini-LEDs are supposed to minimise this effect and come even closer to the self-luminous OLED displays, which are superior in this respect.

This year, anyone with deep pockets looking for a new set will be able to see whether this works in practice in the new high-end models from Samsung, LG and TCL, among other manufacturers.

It will be a while before the technology reaches the bread-and-butter class.

TVs that can see what you watch

TVs have long since ceased to be mere playback devices; they also have numerous options for picture enhancement. This is not entirely new, but now it is supposed to get even better.

This is the case with Samsung, Panasonic and Sony. In the new top models of their Bravia series, Sony lets the TV watch what you watch, so to speak.

The TV’s own artificial intelligence thereby ensures an optimised picture.

For example, when faces come into view, the software will make them look particularly good, especially around the eyes. It also draws on special databases for a better representation of textures such as fur or stone.

The basis of all this is a new chip, which Sony is calling the XR cognitive processor, that powers the top models of this year’s product range.

It’s also supposed to help upscale video to 8K resolution. So far, there is only little video content for this resolution, which is currently the sharpest image quality on the market.

Imagine this: A bee flies across the TV screen - and the buzzing sound is always exactly where the bee is. Samsung and Sony, for example, are promising this exact effect in their top models.

Sony’s XR chip, for example, analyses the position of the sound in the picture so that the sound is placed correctly. Sony developed the technology further for the new models, in which the display itself serves as a loudspeaker membrane.

At Samsung, the corresponding technology is called Object Tracking Pro, and the new TV sets can also play speech more clearly or recognise any background noise - for example, a running hoover - and adjust the sound.

And, so the promise goes: This doesn’t just work with specially prepared material, but with all films and series.

From consoles in the 1990s to game streaming in 2021, the TV has long been a place to spend many hours gaming.

And just like on the PC, there are various technical enhancement that allow certain manufacturers to make their sets deliver a faster image.

With its new OLED models, Panasonic relies on a display mode with the meaningful name

This is supposed to offer particularly fast images so that players can react more quickly. Samsung’s Game Bar offers gamers fast configuration for their titles and also allows the display of ultra-wide screen formats.

Now built in, meaning users of these services may in future no longer need to use an external dongle like the Chromecast.

Four different films on one screen at the same time? A new multi-screen feature, which many will remember from “Back to the Future II”, will soon be available on Samsung’s micro-LED screens.

Sadly, these will be unaffordable for most users for the time being.

Meanwhile new affordable models will bring help for people with hearing or visual impairments, for example. The 2021 models allow subtitles to be shifted around so that central picture elements are not obscured.

By 2022, Samsung wants to improve their so-called Voice Guide, which makes it easier for visually impaired people to operate their TVs via voice guidance.

This year, LG is launching a new version of its webOS television software.

It is supposed to provide viewers with better viewing recommendations - based on their preferences.

To go with this, there’s a new remote control called the Magic Remote with more dedicated buttons for streaming services or voice assistants.

These features will also be made available on some 2019 and 2020 models.

It might only be a tiny step towards sustainability, but at least it’s in the right direction. Samsung’s new remote now has a built-in solar-powered battery so your remote can charge itself, even with indoor lighting.

This should save quite a few AAA batteries over the course of the TV’s life. And if your energy-saving lamp in the living room does not provide enough light, the Smart Remote can also be charged via USB.

What’s more, about a quarter of the plastic of the remote control comes from recycled plastic.

Samsung says its TV packaging will no longer be colourfully printed and glued, but made of brown cardboard with white text printed in a sustainable ink.

Those looking to make the most of their investment can even turn this cardboard into a small piece of furniture or playground equipment instead of throwing it all away, with some help from Samsung. – dpa 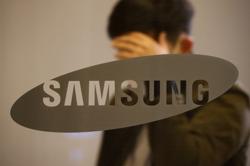