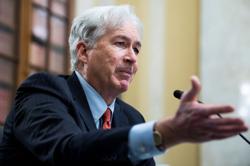 The Panasonic OLED JZ2000 incorporates artificial intelligence capable of automatically adapting the image quality to the type of content displayed on the screen. — AFP Relaxnews

TVs are the stars of this 2021 edition of CES, an exceptionally 100%-virtual edition due to the Covid-19 pandemic. The big trend this year is artificial intelligence taking a primordial role in the quality of the image. Samsung, Sony, Panasonic – all the sector’s giants are displaying their own more or less “intelligent” innovations.

Sony is making a splash with its new range of TVs equipped with its Cognitive Processor XR chip. With it, Sony promises televisions with cognitive intelligence, i.e., capable of instantly understanding the behaviour of the viewer, where his or her gaze is directed and the resulting image and sound needs. The models equipped with this chip thus anticipate the viewer's gaze according to the type of image displayed, in order to systematically highlight the focal point, the place fixed by the eye.

The integrated artificial intelligence is then responsible for immersing the viewer in the scene as realistically as possible by playing on colours, contrasts and also sound. The new Bravia XR televisions include the Master 8K LED Z9J, Master OLED A90J and OLED A80J series, as well as the 4K LED X95J and X90J models. Pricing and availability will be announced at a later date.

Panasonic is not to be outdone with its OLED JZ2000 TV (55 or 65 inches), also equipped with a new processor, called HCX Pro AI. Here again, the Japanese manufacturer’s goal is to optimise picture and sound quality according to the type of content being watched. The TV automatically analyses and identifies the type of content being viewed (movies, sports, concerts, video games, etc.) to optimise both image and sound accordingly, without any human intervention.

According to the manufacturer, this processor is capable of analysing and correcting image quality every second. Moreover, the more experience it chalks up and learns from, the more efficient it will be, recognising each type of programme over time. Before coming to market, this intelligence has reportedly already been trained with more than a million different pieces of content.

The market leader, Samsung, uses artificial intelligence for upscaling, to “cleanly” convert an HD video to 4K format or a 4K image to an 8K screen.

Finally, at LG, artificial intelligence will even fit in one’s hand, in its new voice-controlled remote control compatible with the latest update of its operating system, webOS 6.0. Its new interface now allows for broader and more intuitive voice searches, on a specific video platform or globally. The remote is expected to be available for all LG ThinQ AI series TVs coming out in 2021. – AFP Relaxnews 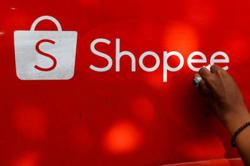